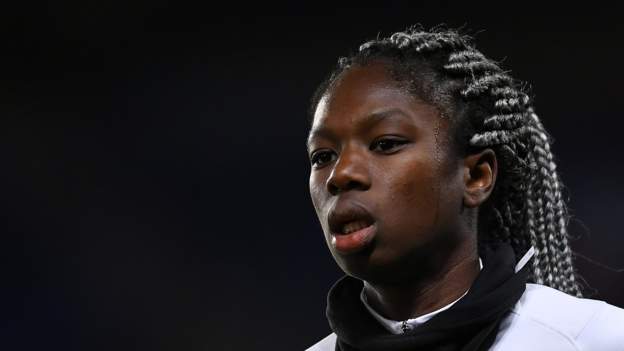 French police have arrested Aminata Diallo, a Paris St-Germain women's midfielder, as part of an investigation into a attack on team-mates on the 4th November.

The France international had participated in Tuesday's 4-0 victory by PSG over Real Madrid in Women's Champions League.

The club stated in a statement that they are working with the police to "explain the facts".

The club strongly condemned "the violence committed" and also stated that they had taken all necessary steps to ensure the safety, health, and well-being of their players since the attack occurred.

According to French reports, Kheira Hamraoui was the one who allegedly assaulted Kheira Hamraoui. She was reportedly dragged from her car by two masked men who beat her legs.

Diallo has been capped seven times by France. He joined PSG in 2016, and has played more than 60 games for the club.

Last season, she was on loan to Atletico Madrid.
arrestedparisleaguenumberfrancechampionsstgermainattackinvestigationplayeraminatateammatesmadridkheirawomensdialloclubhamraoui
2.2k Like