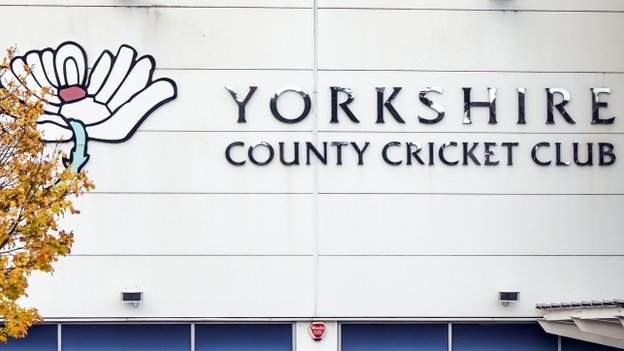 Yorkshire was shook by racism after ex-player Azeem Rahiq spoke out about the racism he had encountered at the club in September 2020.
Yorkshire has announced that they will investigate after the head of human resources at the club called a fan "a coward" while accusing the ex-player Azeem Rasiq of "waging an anti-club campaign" on social media.

She wrote to Khalid Akram, a supporter of Yorkshire's Liz Neto, on Sunday morning: "I do hope that you are proud."

Her message, which Mr Akram stated left him "distraught" and "shocked", came just a day before Lord Patel, the new chair of the club, apologized to Rafiq for Yorkshire's handling the report into his experiences with racism in the county and praised him for being a "whistleblower".

BBC Sport was informed by Mr Akram that he said, "This is why people don’t complain and speak out about discrimination."

In 2018, Mr Akram reported to Yorkshire on racial abuses he and his family suffered in Headingley's stands during an international fixture.

The club apparently passed the case to West Yorkshire Police who did not take any action.

Last week, Akram posted on social media that the club had done "nothing" to address his complaint.

He also included a screenshot from a communication he had with Ms Neto in 2018. It showed that she had told him Mark Arthur, the club's chief executive, and Andy Dawson, the commercial director, that they had "initiated an immediate investigation".

The screenshot contained Ms Neto’s phone number. Rafiq has since deleted the post.

After the police handed the matter over to him, Mr Akram said that he had not heard from Yorkshire.

Mr Akram responded to the question about posting Ms Neto’s contact information on social media. "As soon this was brought up to my attention, my post was immediately taken down as Liz was not my intention. He said that Ms Neto's details weren't an issue because they were already in the public domain.

Ms. Neto informed Mr Akram in an email that there were "serious consequences" for him "whipping up crowds by being selective with what he circulated" - and that she was talking to police about his actions.

She continued, "The complete file, along with my complaint to West Yorkshire Police, are also going into the file of papers at the DCMS so that they can get an idea of the campaign being waged on social media by such as you and Azeem Rafiq," referring to the hearing of the Department of Digital, Culture, Media and Sport, where Rafiq will be giving evidence.

She stated that she had the complete file of papers regarding your 2018 complaint and the prompt investigation undertaken by West Yorkshire Police and the club.

Ms Neto said that Mr Akram included her phone number in his tweet, which violated data rules. She added: "The fact that you redacted my details and left mine open to all view shows you are a coward.

"I hope you are proud. You certainly sound very proud."

BBC Sport's Mr Akram said that he was in tears, distraught, and shocked by the experience. I think it makes me realize that next time, I won't have to raise any complaints. They have made me more sensitive than I expected.

"This is why people don’t complain or speak out about discrimination. It’s like talking to brick walls. A cowardly label is very damaging, especially if you are a member of an international cricket club.

"The day before Lord Patel is praising Azeem for being a whistleblower. I am being called cowardly and being sent this email saying that me and Azeem have launched a campaign. What is the secret to that?

Mr Akram added that Ms Neto had written twice to him with the wrong surname, despite her having corrected him, and that he found it "insulting".

Lord Patel, the new chairman of Yorkshire, responded to BBC Sport, saying: "There must also be a period for truth and reconciliation in order to get to bottom of our culture and to learn from our failures."

"We welcome anyone who has suffered from issues to come forward. These allegations will be investigated. They will also be referred to an independent whistleblower hotline, which will include the original complaint as well as its handling.

"We anticipate many issues coming in, and we have seen them all. Each one will be reviewed individually." This will take some time.

This is the latest in a series of racist allegations against the club that has prompted resignations of former chairman Roger Hutton and the suspension of Andrew Gale. It has also prompted the involvement of the UK government.

Rafiq shared his Yorkshire experiences in September 2020 for the first time, stating that they had made him feel close to taking his own lives.

A partial report released one year later revealed that Rafiq, a former Yorkshire player, was the victim of bullying and racial harassment. However, the county stated it would not discipline anyone.
headmsresourcesfanakramsportyorkshirehumanbbcclubrafiqmrcallscowarddisputeemailnetotold
2.2k Like