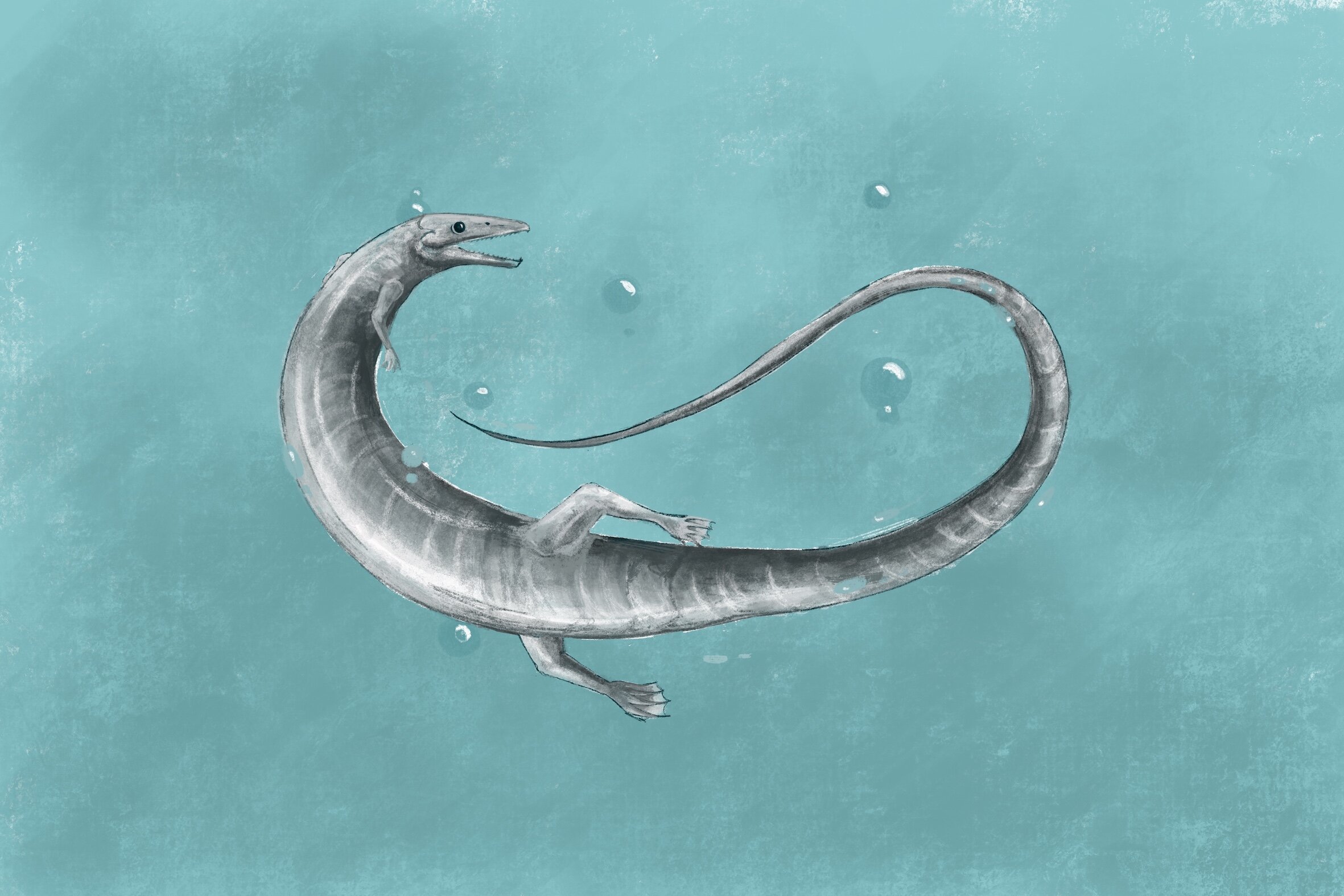 Jorge Herrera-Flores of Bristol’s School of Earth Sciences, and his colleagues discovered that lizards are slow and steady in their race.

The Lepidosauria is a group that studies snakes, lizards, and their relatives. There are over 10,000 species of Lepidosaurs today. Much of their recent success can be attributed to rapid evolution under favorable conditions. This was not always true.

Herrera-Flores said: "Lepidosaurs evolved 250 million years ago during the early Mesozoic Era. They split into two major groups, the Squamates, which led to modern lizards, snakes, and the Rhynchocephalians, which are represented today by the Tuatara of New Zealand. We expected slow evolution in the rhynchocephalians and rapid evolution in the squamates. We found the exact opposite."

Dr. Tom Stubbs, a collaborator, said that they looked at the rate at which these early reptiles' bodies changed. "We discovered that certain groups of squamates developed quickly in the Mesozoic, particularly those who had specialized lifestyles such as the marine mosasaurs. Rhynchocephalians, however, were more consistent in their rapid evolution.

For some 200 million years, the rates of evolution for snakes and lizards (Squamata blue line) was much lower than that for Rhynchocephalia green line. They also only flipped within the last 50 million years. Credit: Armin Elsler

Dr. Armin Elsler, another collaborator, stated that their evolution rates were much faster than those of squamates. This was about twice the background rate and something we didn't expect. "In the Mesozoic, all modern lizard and snake groups originated. They began to diversify and lived side-by-side alongside the dinosaurs. However, they probably did not engage with them ecologically. Although these early lizards ate insects, worms and plants, they were mostly small.

This research confirms the challenging proposition made by George Gaylord Simpson, palaeontologist and author of Tempo and Mode in Evolution (1944). He examined the fundamental patterns of evolution within the framework of Darwinian evolutionary and found that many rapidly-evolving species were members of unstable groups. These groups could be adapting to rapidly changing environments.

Slowly, the first lizards, and then snakes, evolved. However, they eventually became more diverse than their close relatives, rhynchocephalians. Rhynchocephalians initially displayed rapid evolution. There are now 10,000 species of squamates today, but only one of the rhynchocephalians. Credit: Dr Tom Stubbs

Professor Benton said, "Slow and steady wins this race." The classic Aesop's fable says that the fast-moving hare loses, while the slow-moving tortoise wins the race. Biologists have debated since Darwin's day whether evolution is more like a tortoise or a hare. Are large groups of diverse species the result of rapid evolution in a short period of time or slow evolution over time?

They can survive and stabilize in some cases. But they are often extinct just as quickly as new species emerge. Simpson, on the other hand, predicted that slow-moving species could also go extinct slowly and could be successful over the long term, much like the persistent tortoise from the fable.

Continue reading Cutting-edge analysis and analysis of prehistoric teeth sheds light on the diets for lizards, snakes, and other reptiles