Azeem Rafiq: Government to 'step in' if Yorkshire and ECB do not take 'real action' 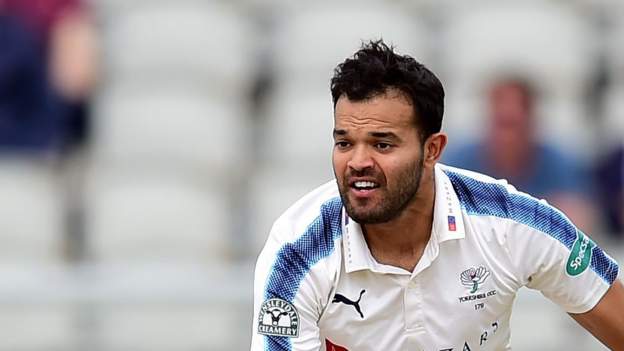 The UK government is willing to "step in" if Yorkshire or the ECB fail to take "real action" after the Azeem Rafiq racist scandal.

Rafiq, a former Yorkshire footballer, was the victim of racism harassment and bullying. However, the county denied that it would discipline anyone.

Chris Philp, minister of sport and culture, said that it was unacceptable.

He said, "Parliament's watching, the government is looking and the country is watching."

"We expect action, and the government is ready to take action if they don't put their house in order."

Philp was standing in for Nadine Dorries as culture secretary. He responded to an urgent question in the House of Commons Tuesday.

After Roger Hutton, chairman, and two other members resigned last week, he called for the resignation of the remainder of the Yorkshire board. He said: "If anyone is left from that regime they should also resign."

Philp stated that any investigation must be made public to allow Parliament and the country to "fully scrutinise" them and "restore public belief" in the sport.

He said that the conduct of Yorkshire Cricket Club in this case, which tried to sweep it under the rug and ignore it, was completely unacceptable.

"The conduct of the Cricket Club has no justification whatsoever. It is disgraceful and we are unreservedly against it.

"If players are found guilty of acts racist they should be punished."

Friday saw Hutton quit and Lord Patel assumed control. He apologised to Rafiq, and praised his "bravery" in whistleblowing.

Additional details will be revealed at the hearing of the Department for Culture, Media and Sport on 16 November, which is protected by legal privilege.
rafiqecbazeemyorkshirewatchingreportactionclubculturerealstepresign
2.2k Like