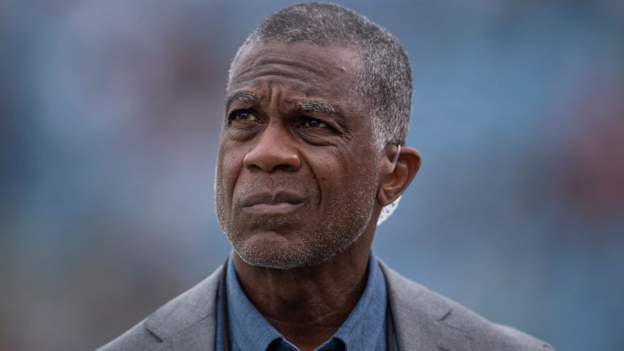 Michael Holding, West Indies' great cricketer, has encouraged people to "share their stories" about discrimination in cricket. This is just the beginning of a broad inquiry.

This follows criticisms of the way Yorkshire dealt with bullying allegations and racism made by Azeem Rafiq, a former player.

The Independent Commission for Equity in Cricket has launched a request for evidence from both the elite and grassroots cricket.

Holding said, "Now is your chance to be heard."

You can also submit written evidence to the commission. More information about how to do this will be available on its website next month.

Holding, equality campaigner, said that he loves the game and has dedicated his life to it.

I urge all those who have experienced racism, sexism or any other unfair treatment in cricket to respond to the commission’s request for evidence.

"Now is your chance to be heard. To share your story and to be part of the changes the game desperately needs."

Cindy Butts (chair of the ICEC) stated that the call for evidence was made at "a time when it is most needed" considering the focus on Yorkshire's handling the Rafiq investigation.

"We know that he's not the only one. She said that although the commission is brand new, the issue is not new to her.

"We will not be afraid to hold a mirror up towards cricket and say 'this what it feels like for players, coaches, fans, volunteers'.
tellsdiscriminationevidenceheardholdingvictimssharemichaelcommissionyorkshireracismplayersiceccricketrafiq
2.2k Like