Why did glacial cycles intensify a million years ago? Researchers find clues on the bed of the Atlantic Ocean 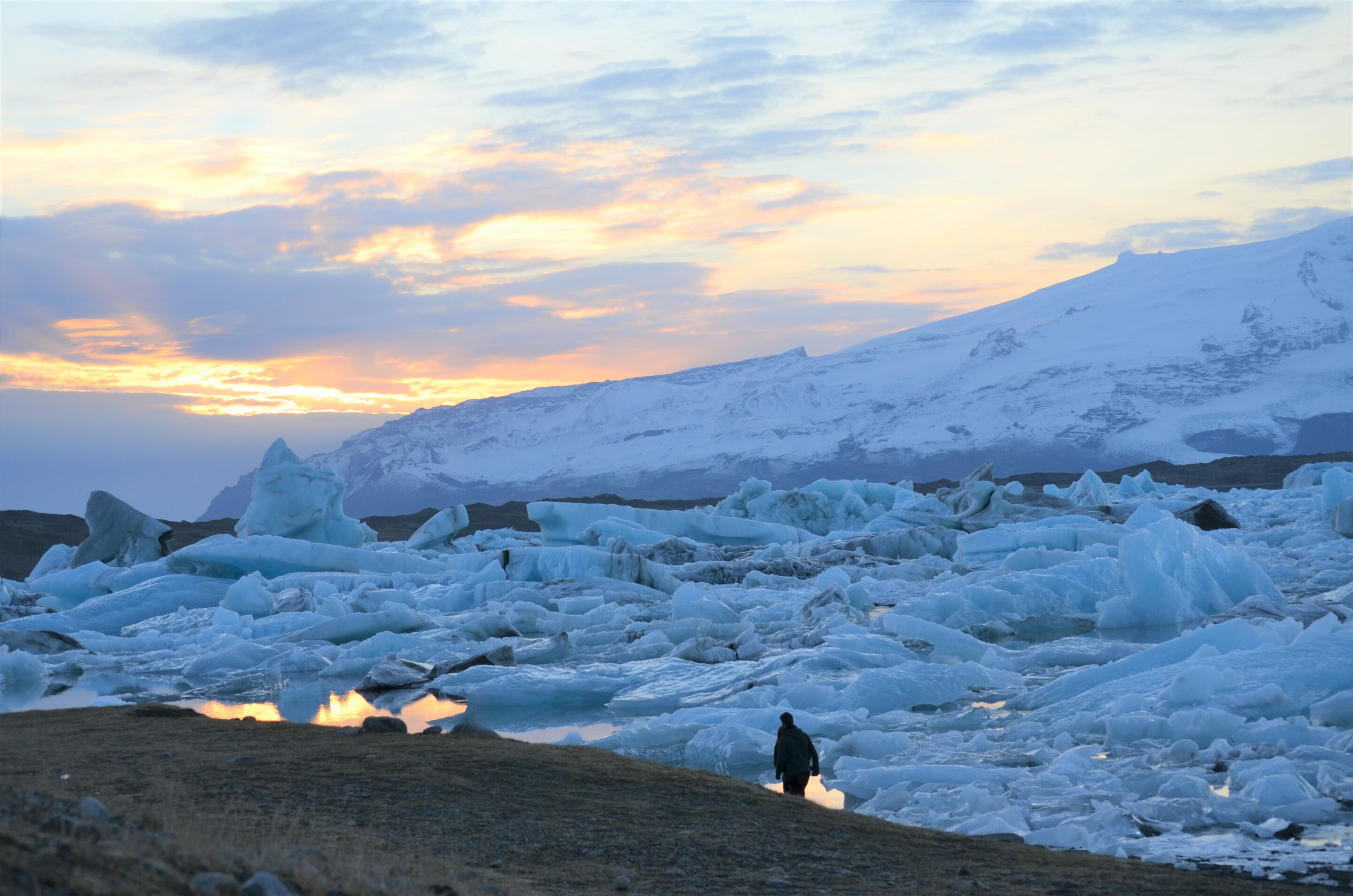 New research suggests that glaciers started sticking to their beds more consistently a million years back, which led to longer ice ages. This is ice from Iceland's Breidamerkurjokull glacier, on its way towards the Atlantic ocean. Credit: Kevin Krajick/Earth Institute
About a million years back, something huge happened to Earth. A major shift occurred in Earth's response to changes in our Sun orbit. This shift is known as the Mid-Pleistocene Transition. Before the MPT, there were cycles between glacial periods (colder) or interglacial periods (warmer). These cycles occurred every 41,000 years. The MPT made glacial periods more intense, enough to create ice sheets in Northern Hemisphere for 100,000 years. This created the regular ice-age cycle that has persisted to human time.

This phenomenon has been a mystery to scientists for a long time. Milankovitch cycles, which are cyclic changes in Earth’s orbit and orientation towards the Sun that alter the amount of energy Earth absorbs, is a likely explanation. Scientists agree that this is the primary reason for alternating warm/cold periods over millions of years. Research has shown that Milankovitch cycles didn't undergo any major changes a million years back, which suggests that something else was likely at work.

A large system of ocean currents which help move heat around the world experienced a significant weakening in conjunction with the MPT. The Atlantic Meridional Overturning Circulation, which heats the Atlantic Ocean from the north, is that system. Is this a result of the shift in glacial times? What and how did this slowdown occur? These were open questions. The answer is in a new paper published today by Proceedings of the National Academy of Sciences.

Cores of deep-sea sediments from the north and south Atlantic were analyzed by the researchers. These areas are where ancient deep water passed through and left chemical clues. Maayan Yehudai was a Columbia University Ph.D student who conducted the research as part of the Lamont-Doherty Earth Observatory.

Before the oceanic circulation crash, ice sheet in the Northern Hemisphere started to stick better to their bedrock. This led to glaciers becoming thicker than ever before. This caused a more global cooling than ever before and disrupted Atlantic heat conveyor belt. Yehudai says that this led to stronger ice ages as well as a shift in the ice-age cycle.

Research supports the long-held hypothesis that the gradual loss of slippery continental soils over the past ice ages allowed the ice sheets to adhere more closely to the older, more crystalline bedrock beneath, and thus became thicker and more stable. These findings show that the global climate was shaped by this stabilization and growth just before the AMOC's weakening.

Yehudai stated that "our research addresses one the most important questions about the greatest climate change we had ever seen since the onset the ice ages." It was a major climate shift, and we still don't know the full extent of it. This discovery identifies the Northern Hemisphere as the source of the change and the ice sheet that developed there as the driving force behind the shift in climate patterns we see today. This is an important step in understanding how and why it happened. This highlights the importance and role of the North Atlantic region, and ocean circulation in determining the future and present climate.