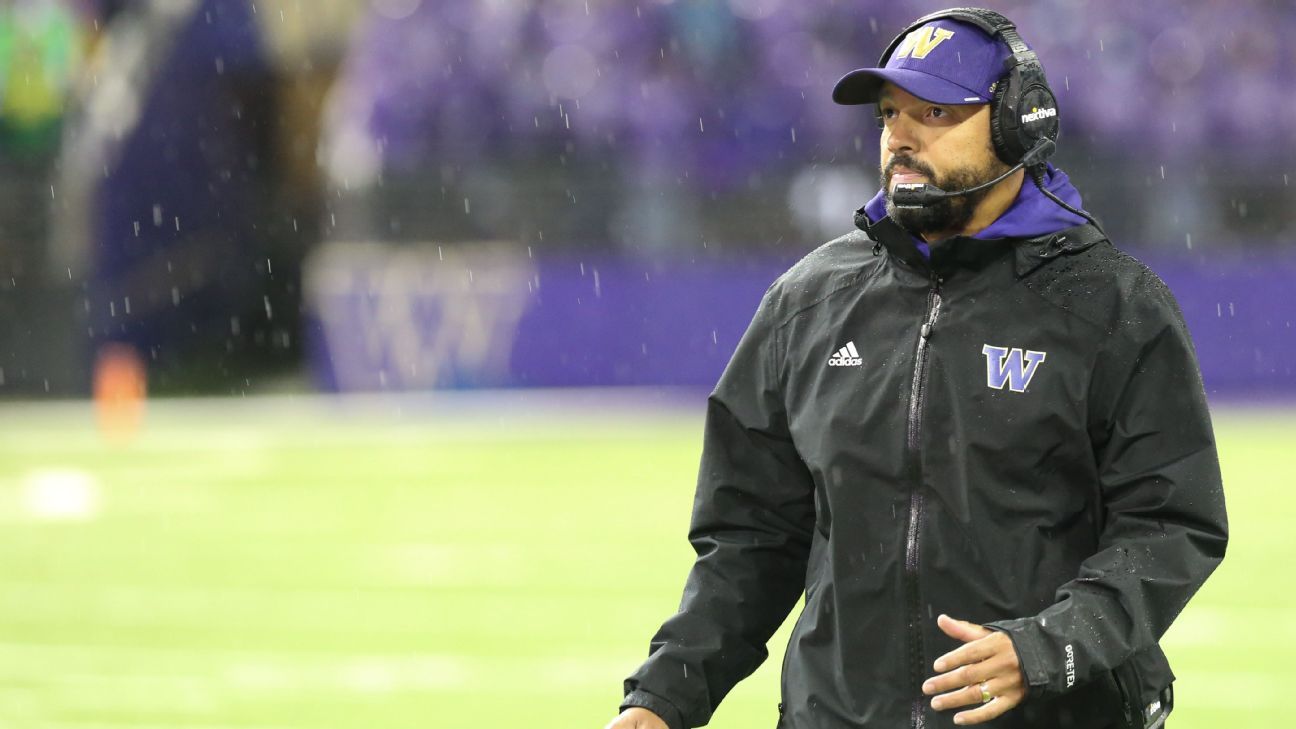 Jimmy Lake, Washington Huskies football coach, has been suspended with no pay for one match after an incident in which Lake appeared to strike Ruperake Fuavai, a redshirt freshman linebacker,'s helmet. This happened during Saturday's 26-16 loss against Oregon.
Jen Cohen, the athletic director, stated in a statement that the school had spent 24 hours reviewing the video and talking with Lake and Fuavai before making their decision.

Cohen stated that while we don't believe his actions were deliberate or intentional, we cannot tolerate a coach interacting with a student the way Coach Lake did."

Lake will not be participating in football activities until Sunday. Defensive coordinator Bob Gregory will take over as head coach against Arizona State.

After Fuavai had gotten into a fight with an Oregon player during the first half kickoff, the incident occurred. Lake stated that he intended to end the match, but TV replays showed that Fuavai appeared to have backed away from the opponent player before Lake arrived. He also appeared to have moved his right hand towards the helmet of the player, pushing him towards the bench.

Lake stated Saturday night, "I separated them." He didn't strike me. They were separated."

Washington is currently 4-5 under Lake, and 7-6 overall since Chris Petersen was replaced as the head coach in 2019.
receivesplayerfuavaihuskiessuspensionsidelineplayerswashingtonseasoncoachincidentstrikelakeoregonseparatedrolejimmy
2.2k Like