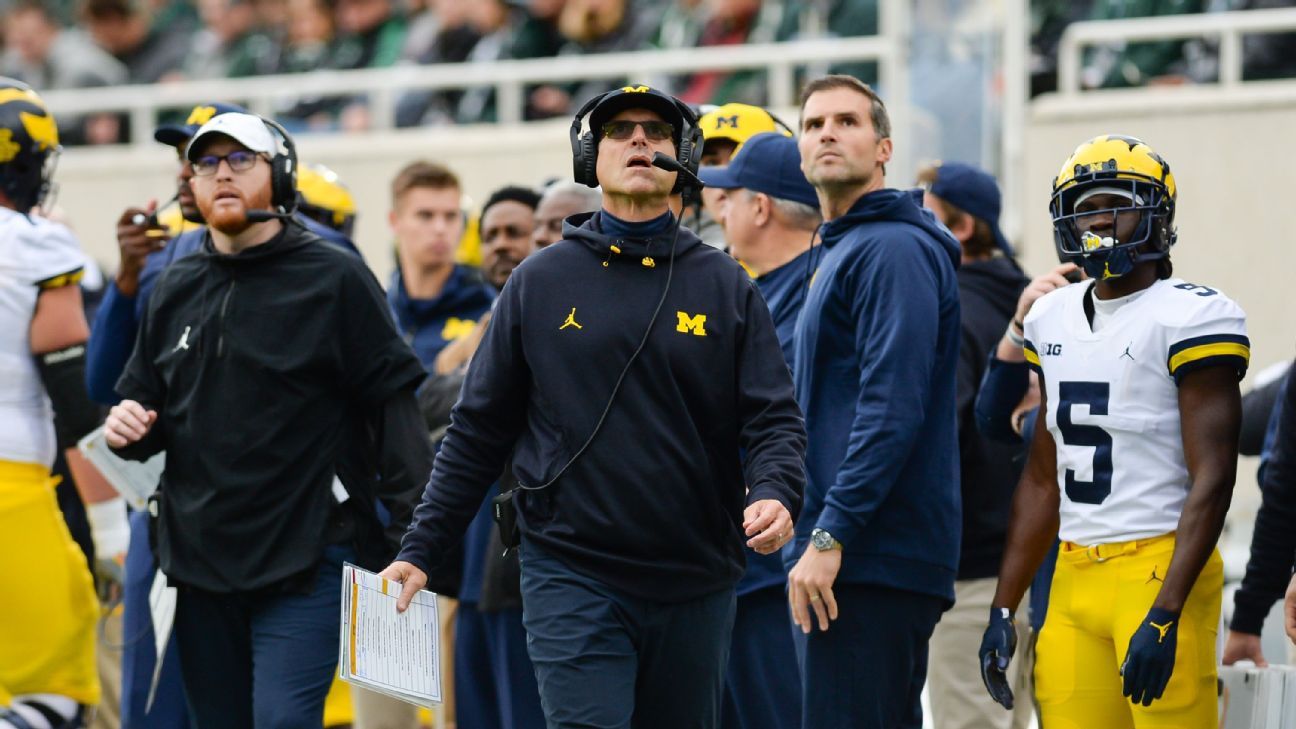 Kenneth Walker III of Michigan State and Michigan State play back-and-forth Saturday for a win of 37-33. (2:35).
Jim Harbaugh stated Monday to reporters that the Big Ten Conference had admitted making mistakes in officiating Michigan's loss of 37-33 to Michigan State on October 30.

Harbaugh stated that his staff had been making questionable calls to the conference by referees this season and he received a response.

Harbaugh stated, "As everyone expected, and as all saw, they made mistakes." "That was the conference's response, yeah they made a mistake."

In the second quarter, Michigan's defensive end David Ojabo tackled Michigan State quarterback Payton Thone. The ball was lost, and Aidan Hutchinson of Michigan recovered it in the end zone for touchdown.

Officials in the game reviewed replays and overturned the touchdown and fumble call. They said Thorne was down before it was lost.

Harbaugh expressed dissatisfaction with the officiating, but didn't go into detail immediately after the game.

Harbaugh stated, "No, I made all my thoughts known throughout this game," in his press conference following the Michigan State game.

Harbaugh was critical immediately after the game of what he believed should have been a pass interference on Michigan State in quarter four. This would've extended an important drive for the Wolverines.

Although he didn't mention any calls other than Hutchinson’s reversed touchdown, he said that the conference had admitted to making errors in other plays during that game.
footballharbaughconferencetouchdownbiglosscoachmichiganjimgamethorneofficiatingquarterresponsestatemistakes
2.2k Like