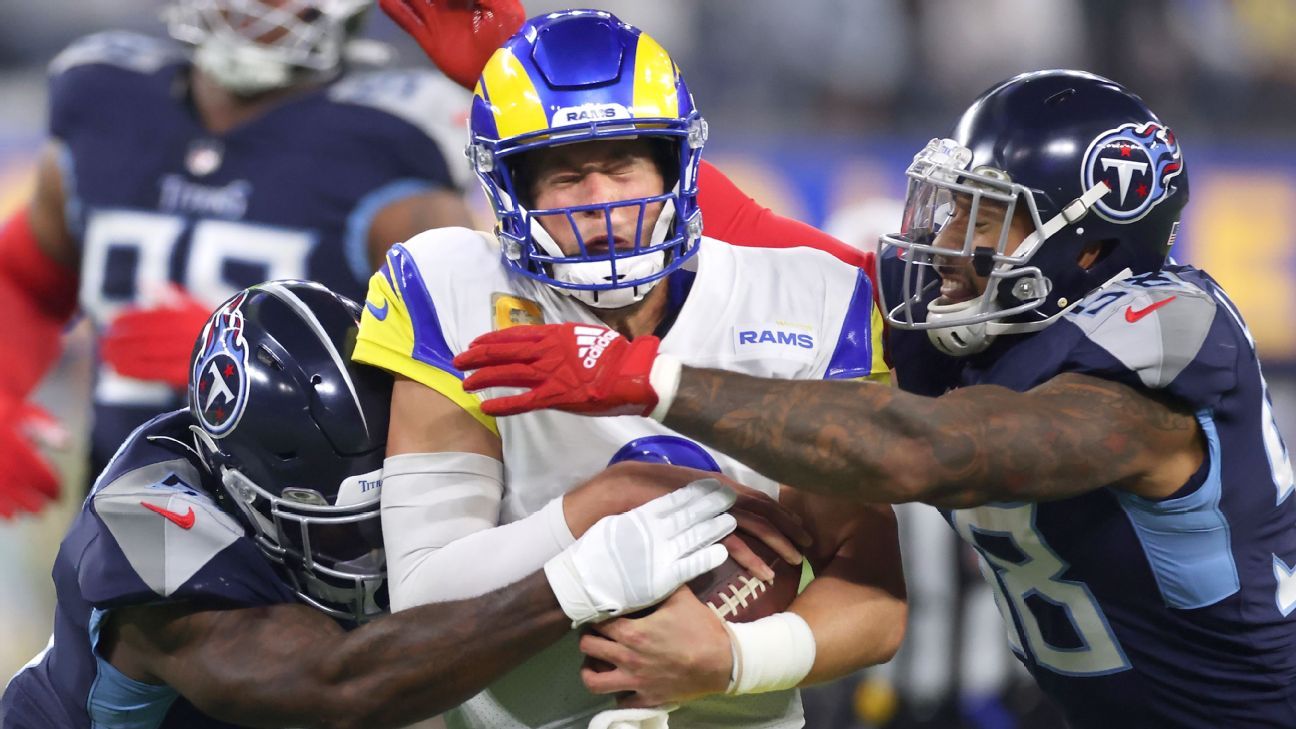 INGLEWOOD (Calif.) -- Kevin Byard, safety for the Tennessee Titans, made a crucial turnover against the Los Angeles Rams.
Byard ran in front of Matthew Stafford's pass intended for Robert Woods and made a 24-yard pick six, making it 14-3 in favor for the Titans. Byard's fifth interception of the season was his second, and his touchdown return was the second defensive touchdown this season.

The Titans had their second turnover of the day. David Long intercepted Stafford on the Rams' prior drive to give the Titans offense possession at Los Angeles' 2-yard mark. The Titans quarterback Ryan Tannehill found tight-end Geoff Swaim to score the touchdown on their next play.
matthewthrowsqbfollowsramspicksixinterceptiontouchdownsecondsafetytightlostitansturnoverstaffordwoodswildangeles
2.2k Like