Sen. Mark Warner says the Virginia gubernatorial election results 'might have been different' if the bipartisan infrastructure bill had passed earlier 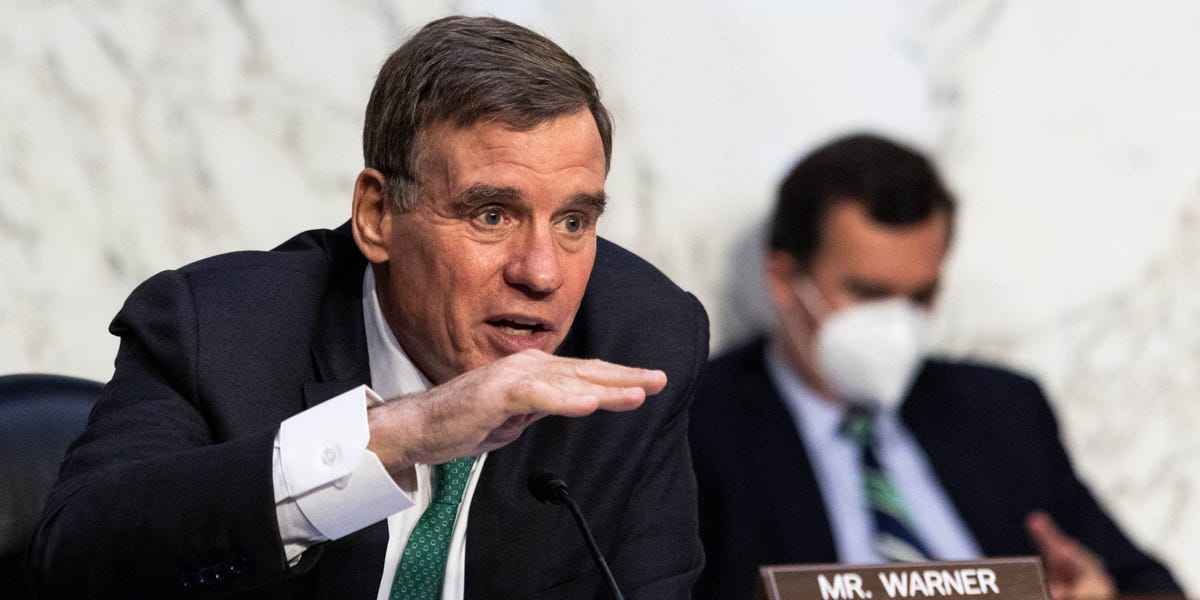 Senator Warner stated that Terry McAuliffe might have been boosted by the passage of the bipartisan infrastructure bill.
McAuliffe was seeking a return at the Executive Mansion and was defeated by Republican Glenn Youngkin.

Warner stated that Democrats should pivot towards passing the Build Back Better act while appearing on CNN.

Sunday's statement by Sen. Mark Warner was that Virginia's gubernatorial elections might have been different if the House had passed the bipartisan $1.2 trillion infrastructure bill prior to Election Day.

Warner commented that McAuliffe could have benefited from the bipartisan bill's political momentum, which will provide crucial investments for Virginia, during a CNN appearance on "State of the Union."

The House could have passed it by August. The last three months could have been spent traveling around Virginia, talking about clean water systems and improving transportation systems. We also needed to make sure that our airports weren't third-world. And making sure that every Virginia home had high-speed broadband internet connectivity. There are many coastal areas. Warner said that the federal government was finally stepping in to help with resilience.

He said, "So, yeah. I think, we could have been discussing that win and showing what kind of job creation actually has been takingplace, things might have changed."

The three-term lawmaker stated that passage of the bill could have "absolutely made the difference" in the election.

"The Virginia voters and Americans gave us the presidency, Senate, and House. They expected us to produce. He said that they had been hearing about the bipartisan infrastructure bill for many months.

"I am very proud of this bill. It was my idea. It is perfect? It is not perfect. He said that it was the first time in 50 year's that this type of investment has been made.

Warner said that he wished the House had "moved earlier" on the bipartisan Infrastructure bill. He emphasized the bill's contents and not the overall price tags that ultimately stalled talks between Democrats.

The senator said then that Congress needed to shift toward President Joe Biden’s reconciliation bill of $1.75 trillion, also known as the Build back Better Act. This social-spending blueprint includes funding for universal preschool for six years, childcare subsidies and an expansion to Medicare to include hearing aids.

"We must also pass the second half the president's agenda. He said that he wishes we had spent more time discussing the bottom-line numbers than what's inside it.
resultsmarkbipartisanpassedinfrastructuretalkingvirginiahousegubernatorialelectionremarkedvotersearlierwevebillsenwarner
2.2k Like