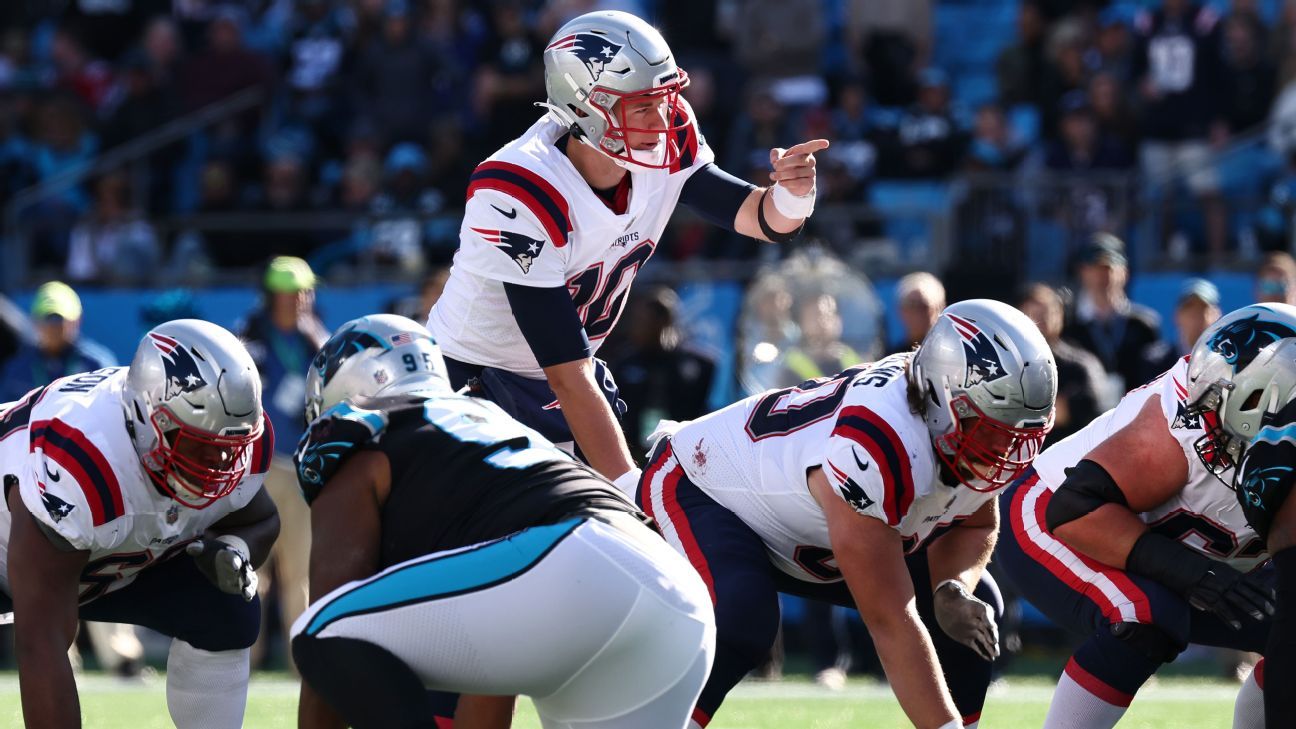 Haason Reddick was disappointed that the officiating failed to protect defensive players after Mac Jones had held Brian Burns' ankle following a strip sack. (0:40).
CHARLOTTE (N.C.) -- Carolina Panthers edge rusher Haason Reddy called the first quarter no-call in which New England Patriots quarterback Mac Jones held Brian Burns at the right ankle while the outside linebacker twisted to escape after a strip sack that was "egregious" and "completely filthy."

Burns was able to return to the field after a time in the medical tent. However, in the fourth quarter, Burns sustained an ankle injury that required him to be taken off the field. It was not immediately clear if the two were related.

Reddick stated, "Definitely thought it's a dirty play." I was there to witness the play as it happened. It felt at first like he was trying to trip or kick Burns. Then, I was able to see him tugging at Burns' ankle. It was disgusting. It's something that the league will address.

Referee Clete Blakeman stated that it was a subjective call and that the league would need to consider in evaluating the game crew to determine if they should have called.

Blakeman stated that holding is holding on any play or throughout the game.

Matt Rhule, Carolina coach, said that "a foul should've been called," regardless of whether it was personal foul or holding.

Rhule said that he didn't want Rhule to criticize any of the players, or do anything similar. Rhule also said earlier this week that he loved Jones (a Senior Bowl player Rhule coached). "I'm always going to protect our guys, it seemed like it was an injury which happened after the play."

Replays showed Jones holding Burns’ right ankle after the fumble, and then continuing to hold it while Burns spun to escape and chase the ball. Burns lay on the field as trainers assessed the injury and helped him to the sidelines for the first time.

"That was an important call. It was a call that should not be missed. From where I stood, it looked totally intentional. I was actually pretty close. It was an excellent call.

Reddick stated that he spoke to Burns following the loss of 24-6 and said that Burns was "fine".

Reddick continued his attack on Jones, but Jones was not asked about it during his postgame conference news conference.

"For no penalty, not to be thrown. It's egregious and unfair. It is something I hope the league will address.
panthersjonesankleleagueburnspatriotshaasonlbplaythinkinjuryrightmacenglanddirtyreddickplayers
2.2k Like