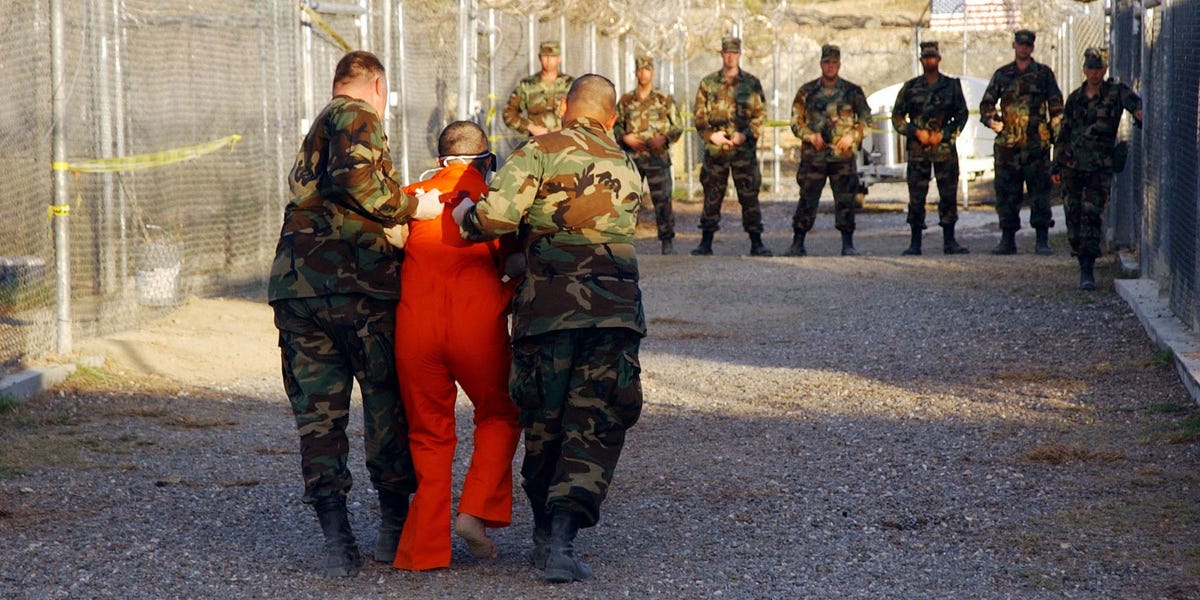 Capt. Scott B. Curtis stated to The New York Times that most military personnel agree that torture is wrong.
Curtis sent a letter in which he condemned the torture Guantanamo Bay prisoners went through.

Seven military officers signed the letter calling it a "stain on the US' moral fiber."

A Navy captain who spent 30 years in military service said that there is widespread acceptance among service members that torture is wrong.

Capt. Scott B. Curtis spoke to The New York Times.

Curtis spoke to Carol Rosenberg of the Times last week and revealed that he was the author of a letter signed in military court by a jury condemning torture.

Two-page handwritten note sent to Pentagon officials following the mandatory sentence given to terrorists by the jury. It asked for clemency and called the torture techniques used against him "a stain upon the moral fiber" of America.

Majid Khan (41), described to the jury how he was tortured at CIA black locations. These were places set up around the globe during the war against terror to hold enemy combatants, and conduct "enhanced interrogations." Many interrogated people were sent to Guantanamo, just like Khan.

The letter compared the tactics with those of "the most abusive regimes" in modern history.

Curtis stated to The Times that while the jury was made up of military officers, they did not sympathize with the man and his actions. However, he said that the torture he described was a "mitigating element." Curtis said that he wrote the letter within 20 minutes of the sentencing hearing and offered to sign it with the other jurors, seven of whom did.

He also stated that opposing torture was not a "liberal", citing Sen. John McCain's view.

McCain, a Republican from Arizona, was also a veteran and had been tortured during his time in North Vietnam. McCain was vocal against torture. He claimed it produced faulty intelligence, endangered our troops who are held captive, and was morally wrong. In 2011, he wrote: "This is an ethical debate. It's about who we are.

Trump, however, supported torture in 2017. He claimed it "works" despite the fact that his defense secretary James Mattis and Mike Pompeo, CIA director, opposed reintroducing enhanced interrogation methods.

Curtis stated to The Times that he believes the US "is still a good guy, for lack of better terms, throughout the globe" but that "we definitely make mistakes." Curtis also stated that the letter was not meant to condemn the current military or the present CIA.
manofficialswidespreadcaptainseniortoldlettermilitaryjurynavytimestortureviewpointliberalmoralwrongagreement
2.2k Like

A military jury said torture tactics used by the CIA were on par with the 'most abusive regimes in modern history,' report says

The alleged corruption and abuse by Afghan leaders that the US ignored was a 'big factor' in the country's fall, human rights expert says