Chinese journalist imprisoned for her ground-breaking coverage of the Wuhan COVID-19 pandemic is 'close to death,' reports say 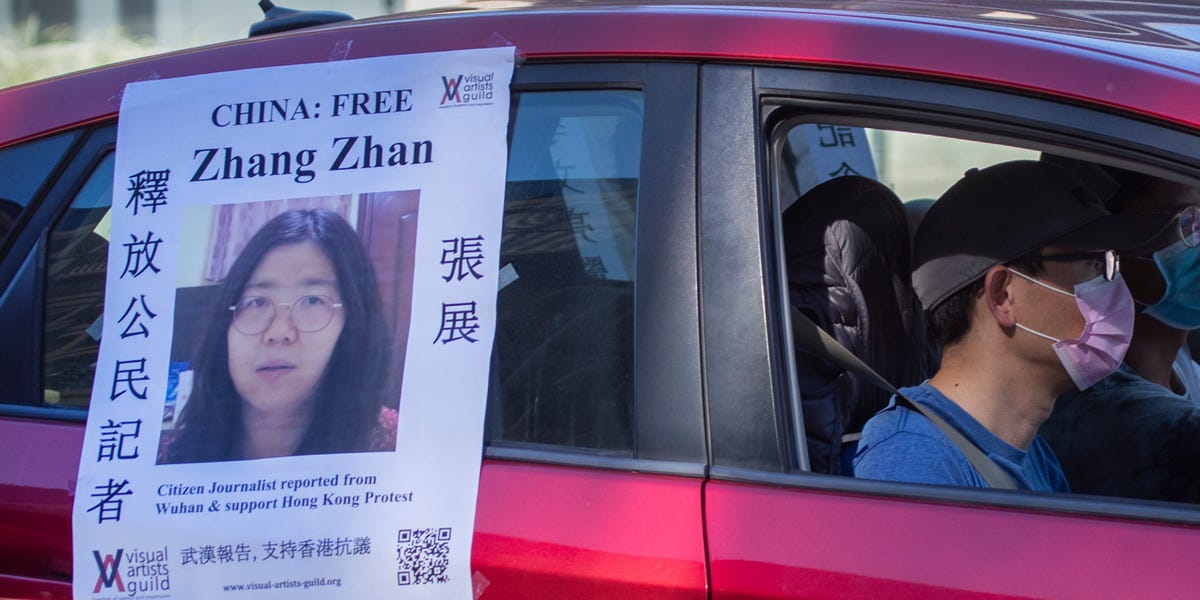 Zhang Zhan was sentenced for reporting COVID-19 in Wuhan in her early coverage.
Zhan's family said that Zhan was on the verge of starvation and would not make it through winter.

International organizations have called for her release, claiming that her sentence is a "shameful assault on human rights."

Reports say that a Chinese citizen journalist who was jailed for reporting on the COVID-19 pandemic in its early days is now at risk of starvation.

Zhang Zhan, a former lawyer aged 38, was sentenced in December to four years imprisonment. She had traveled to Wuhan in Feb 2020 to record what was going on there.

She was reported missing in May 2020, and authorities in China found her detained.

She was found guilty in December of "picking quarrels" and "provoking trouble", under a broad charge meant to silence dissent.

According to the BBC, she is accused of publishing "false information" via social media.

Zhan was detained in June last year and began a hunger strike to protest. She became so sick that she needed to be transported in a wheelchair to her trial, Amnesty International stated.

According to The Guardian, her lawyer claimed that she was sometimes restrained and forced to eat through a tube.

Zhang Ju, her brother, posted on Twitter last week that his sister, 5'8" tall, is now weighing in at around 88 pounds.

Amnesty was informed by her family that she will not be able to survive the winter if she isn't released for medical reasons.

Reporters Without Borders stated that she can't walk or raise her head by herself.

"Zhang Zhan is now at serious risk of death in prison. She should not have been imprisoned in the first instance. She must be released immediately by the Chinese authorities so she can stop her hunger strike, and get the medical treatment she needs," stated Gwen Lee, China Campaigner at Amnesty International.

"The Chinese government's arrest of Zhang Zhan for trying to uncover what was going on in Wuhan amid massive government secrecy regarding the pandemic is a shameful attack against human rights."

China ranks 177th of 180 countries in the 2021 RSF World Press Freedom Index. It is the largest country to hold journalists, with at least 122 being detained.
coveragezhansayamnestygroundbreakingzhangimprisonedwuhanreportspandemiccovid19detainedjournalistprisonchinesestrikedeathhunger
2.2k Like