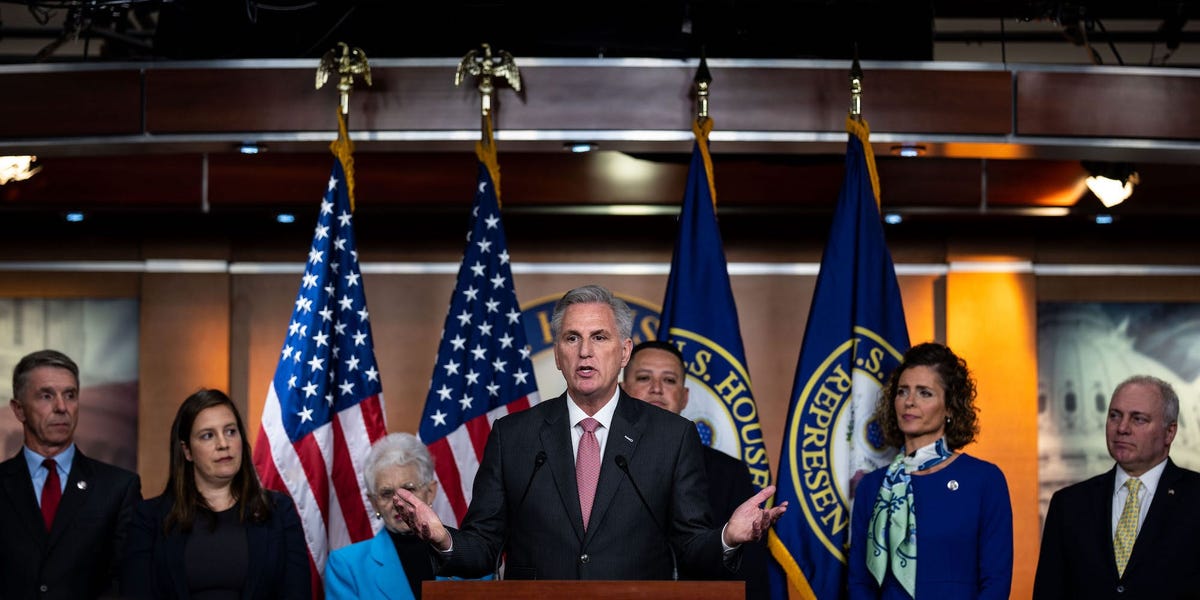 13 House Republicans voted along with the majority Democrats to pass a $550 million infrastructure bill.
Kevin McCarthy advised Republicans to not vote for the bill, even though it passed the Senate 69-30.

Republicans were also critical of Democrats' linking of the bill to Biden’s Build Back Better plan.

Late Friday's bipartisan $1.2 trillion infrastructure bill was passed by the House of Representatives. 13 Republicans voted with most Democrats to send it to President Joe Biden's desk.

This important part of Biden’s legislative agenda is known as the Infrastructure Investment and Jobs Act. It has been stalled for almost three months due to stalled negotiations between progressives and feuding moderates.

The bill provides a huge infusion of federal money for roads, bridges, and highway repairs. It also improves broadband connections. This bill includes billions of dollars to create a network of electric vehicle charging stations and modernize bus and rail systems.

Negotiations between 10 centrist senators, half Republicans and half Democrats resulted in the bill gaining 19 Senate Republican votes in august. This included that of Senate Minority Leader Mitch McConnell. Texas Senator John Cornyn stated to reporters before the vote that McConnell wanted to "try to show the Senate isn’t broken."

The bill was voted on by the House after almost three months. House Republicans began to see it as being inextricably linked to Biden's $1.75 billion Build Back Better social spending bill. This bill is strongly opposed by them.

Progressive Democrats refused to vote in favor of the infrastructure bill until they had approved the social spending bill. Six progressive House members, including Rep. Alexandria Ocasio-Cortez from New York, voted against the legislation.

The bill was able to pass because of the support it received from GOP lawmakers, who voted in favor. This was a significant boost that was resisted by many party leaders. Ex-President Donald Trump had repeatedly urged Republicans not to vote for the bill, and Georgia Rep. Marjorie Taylor Greene stated that any Republican who votes in favor of the bill will be considered a "traitor".

Kevin McCarthy, House Minority Leader, whipped in opposition to the bill and predicted that nearly no Republicans would support it at a press conference last week. However, 13 Republicans voted against the bill and approved sending it to Biden's desk.