Pelosi barrels ahead with chaotic House vote on Biden's infrastructure bill, setting up showdown with progressives threatening to sink it 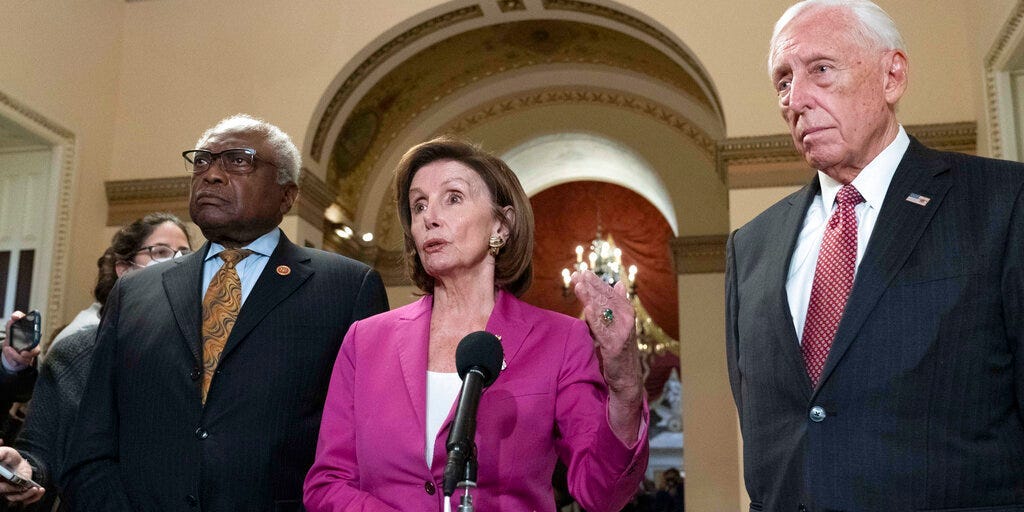 Pelosi pushed ahead with plans for Friday's passage of Biden’s infrastructure bill.
Progressives threaten to destroy it if it isn't moved along with the social spending plan.

Rep. Bush posted on Twitter, "Conservative Democrats want to tell my community that they should just shut up. Accept a half-deal."

California's House Speaker Nancy Pelosi pushed ahead on Friday night with plans for a vote on President Joe Biden’s $550 billion infrastructure bill. Progressives threatened to sink the bill if it didn't go along with a larger social spending bill.

Pelosi stated to reporters Friday afternoon that she had not changed anything from the previous day. She still planned to send the bill on infrastructure to Biden and to advance a larger package to expand healthcare and childcare and to mitigate the climate crisis.

She said that "Today, we hope to pass both the BIF" and the rule of Build Back Better. This refers to the legislative terms for the infrastructure bill which focuses on roads and bridges as well as the social spending plan.

Later, Majority Leader StenyHoyer stated that it was their goal for the Social Spending Bill to be passed and sent to the Senate by Thanksgiving.

This creates a surprising clash between Pelosi, progressives led Washington by Rep. Pramila Jayapal, who is chair of the Congressional Progressive Caucus. The California Democrat cannot afford to defer three times, leaving little room for error.

After Biden personally requested that the party approve both pieces of legislation "right now", House Democrats were eager to pass them earlier Friday. The $1.75 trillion social-spending bill was opposed by at least five moderate House Democrats. They claimed it did not have a score from the nonpartisan Congressional Budget Office, which would assess its budgetary effects.

Pelosi and House Democratic leaders had to scramble to find a compromise that would satisfy their progressive and centrist wings. Instead of passing the social legislation they settled for a procedural vote to set the House's debate rules for the bill at a later date.

However, progressives such as Rep. Cori of Missouri opposed this route and wanted both bills to be passed the same day. She wrote that conservative Democrats were trying to tell her community to shut up and accept a compromise on Twitter.

"St. Louis sent my to Congress to do the best for us all. Bush stated that we will not accept anything less than the President’s complete agenda.

Democratic leaders stated that they were focused on passing Biden's infrastructure bill, and then moving forward with the social spending package. Democrats continued to march forward despite the threat of a progressive revolt, even though they were facing a political setback for Biden.