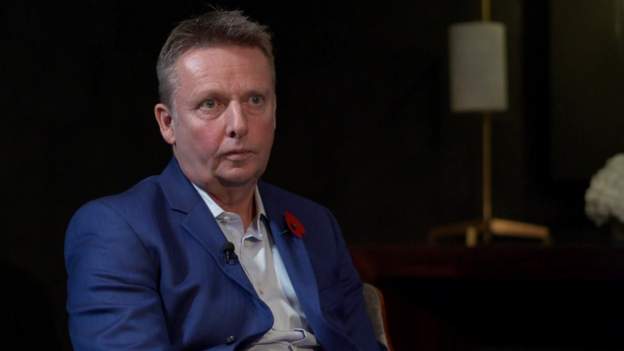 Roger Hutton, outgoing chairman of Yorkshire, says that there is no one at the club that he would consider racist but admits that its culture is "locked into the past".

Despite allegations against employees, he insisted on his point.

Hutton resigned on Friday following continued criticisms of Yorkshire's response towards a report that found "bullying" and "racial harassment” towards Rafiq.

After an internal investigation revealed he had used racist language, Hutton acknowledged that the club offered Ballance a three-year contract.

Ballance stated that he regretted his language. However, the report found it to be friendly and pleasant banter.

Hutton stated that some of the additional complaints in the investigation related to people who were still at the club.

Rafiq was also offered an apology, saying that he was deeply sorry for the "terrible experience" he had gone through.

Hutton resigned after speaking to Dan Roan, BBC's sports editor. He said that he:

The club's culture was "locked in the past", and some senior managers were resistant to change

Is not in agreement with the Yorkshire report's findings, that Ballance used racist terminology and was "banter".

Due to employment law, I was unable to contest the panel's recommendations.

After the investigation was halted by the ECB, the victim felt "very isolated".

Considers that the club should "look ahead, not back" when it comes to appointing Colin Graves as chairman.

We hope that the "club will change immeasurably" as this is the "start to a new beginning."

Hutton stated that a lot of the report was not made public due to legal reasons. However, ESPN leaked some details on Monday, prompting further condemnation of the club. Ballance issued a statement.

Additional details will be revealed at the DCMS hearing, scheduled for 16 November and protected by legal privilege.

Hutton stated, "I have never met anyone at Yorkshire during the 18 months I was there who I consider racist."

"I have witnessed a culture that is unable to accept change and challenge."

When asked what message he had for Rafiq, the answer was "I'm deeply sorry." He's probably having a horrible time. I am sorry that he did not have his allegations investigated by the 2018 investigation. It has taken so much time. I am sorry that the club didn't show the right repentance in light of the findings and has not found a way forward. Azeem, I offer my sincere and unreserved apology."

The report from Yorkshire, published in September, stated that Rafiq was the victim of racial harassment, bullying, with seven of the 43 allegations made against him upheld by an independent panel.

ESPN however stated that the report found that the language used was friendly and pleasant banter.

Hutton stated to the BBC that the club was given legal advice and that they couldn't take disciplinary action against Ballance.

Hutton stated that the club had been notified about the language and conducted its own investigation with new lawyers.

"Ballance was interviewed, and he explained all the context, which isn’t in the public domain.

"Clearly, it would be politically sensible and expedient for the employer to initiate disciplinary action. However, legal advice advised that this was not the right thing to do."

After an internal investigation, the club agreed to a new contract in September with Ballance.

Hutton was asked if he would hand a contract to a player for using racist language. He replied that he preferred to resign or fire those who conducted the investigation.

He said, "I didn’t resign at this stage because there were five non-executives who are desperate to make cultural changes."

"While it was tempting to quit in times of difficulty, I believed that I could make a difference and I hoped for the best."

Hutton said he was pleased Vaughan, a former Yorkshire cricket captain and BBC cricket pundit, had been named in the report.

"He didn't engage in the process, which I find regrettable. Hutton stated that he would ultimately be judged on both his behavior and the allegations made by others.

Vaughan stated in his Telegraph column, "My professional legal advice was that I couldn't appear before a panel after having only a few hours notice of such serious allegations made against me."

Vaughan will not be appearing on BBC Radio 5 Live on Monday. However, a spokesperson for the BBC said that they are still in talks with Michael and his team.

Rafiq was offered an "unreserved" apology by Hutton, explaining that the club had "consistently failed in a proper apology".

He felt that Yorkshire's senior management did not accept the findings of the report and didn't show any contrition or desire for change.

He also criticised the ECB, saying that "This is a broader problem and a major issue for cricket that is quite capable of being taken hold of by the ECB."

Hutton stated that the ECB's claim that it had "repeatedly offered its assistance" during the investigation was "untrue".

He said, "I have often complained about the fact I haven’t had help with this issue."

Because of its regulatory role in the game, the ECB stated that it must act independently from any investigations by clubs.

The ECB stated that Yorkshire's experience with these issues is proof of the reason our governance is so structured.

Hutton said that he didn't believe this would mean the end for Yorkshire as a major cricket team.

"I feel that the game has gone backwards. He said that although the game has not grasped the chance to change, a light has risen and it must be embraced.

"I think that under all the scrutiny and pressure, the club should change immeasurably to become the great county that it was before.

"I hope that this is the beginning of a new beginning."
ecbsorryrafiqhuttonracistinquiryexchairmaninvestigationusedazeemclubrogeryorkshirelegalbbc
2.2k Like