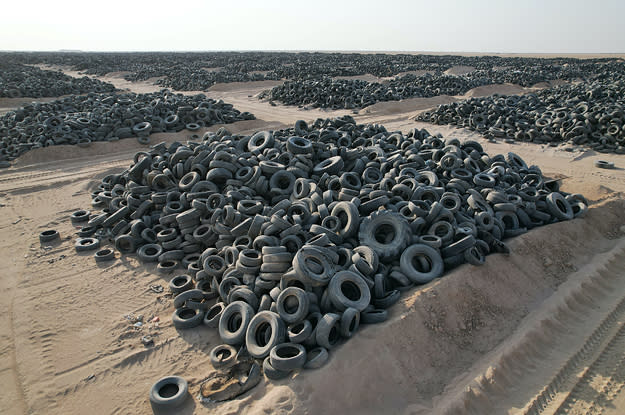 Thousands of activists and diplomats are meeting in Glasgow at the 26th United Nations Climate Change Conference. This conference will cover sustainability, pollution, mitigation, and it felt like a good opportunity to examine all the waste.
1,825 pounds of trash annually: This is the amount produced by the average American, according to the Environmental Protection Agency statistics, which track facts and figures about municipal solid waste. According to agency findings, paper and food top the list of types of waste that end up in landfills.

Plastic is another important part of the trash problem. Plastic trash was shipped out of the US by approximately 1.4 billion pounds last year. According to the Bennington College's Beyond Plastic report, plastic production is rapidly becoming a major source for greenhouse gas emissions. The report claims that plastic would be the fifth-largest greenhouse gas emitter in the world if it were a nation. This is more than China, India, Russia and the US.

America isn't the only one guilty of overconsumption. These photos illustrate how waste is handled around the world.