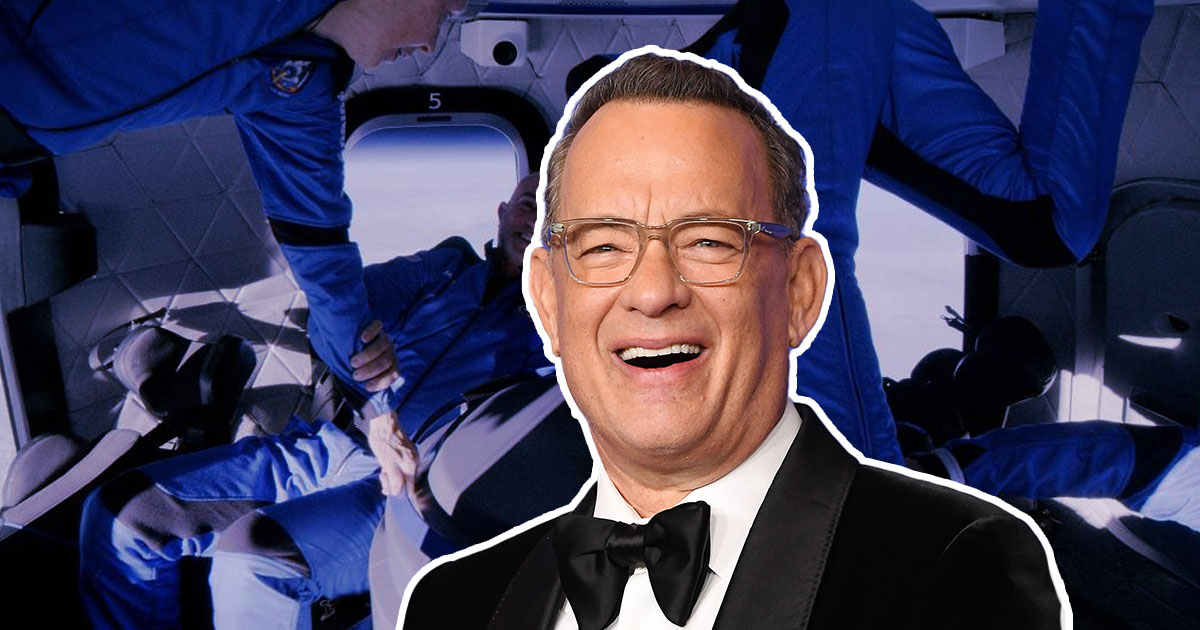 Hollywood actor Tom Hanks turned down an offer to fly to space aboard Jeff Bezos' suborbital rocket.
Hank was incredulous when Jimmy Kimmel asked him if Blue Origin CEO offered him a ride. It costs around 28 million dollars or something similar.

That's a lot, even for an A-grade Hollywood actor.

He said, "And Im doing well, Jimmy," he continued. But 28 million dollars is not enough.

Then he mocked the costly trip by telling the audience that he could have the exact same experience sitting at home on his couch, flailing his legs and arms as if in zero gravity.

He has appeared in many movies set in space, including Apollo 13. William Shatner, a veteran Star Trek actor, made the 12-minute adventure into the upper atmosphere aboard a Blue Origin New Shepard spacecraft.

Blue Origin is facing a significant PR challenge with Hanks' interview. The private space industry was already shocked by a series of shocking revelations that revealed some dark truths about the company's inner workings.

Blue Origin has been a major industry punching bag. Celebrities downplayed the experience for 12 minutes and portrayed it as a way to make billionaires look good on TV.

In a Fox Business interview, Michio Kaku, the then-famous theoretical physicist, also attacked Blue Origin, saying that SpaceX is "running circles" or "completing orbits," if you will, around its competition.

Hanks is not interested in launching to a height of 62 miles, which is far from orbit, like Prince William. Not at such a high price.

Blue Origin's space-lite experience is not appealing to celebrities. This is especially true when you consider that it costs tens to millions of dollars to experience just a few minutes of weightlessness. There are many other fish for humanity to fry back here on Earth.

This could spell doom for private space tourism businesses going forward. Space Adventures, a space tourism company, had to cancel a contract flight with SpaceX last month because they couldn't find enough wealthy people to purchase a ticket.

These companies must now right the ship, regain public trust or address the constant mockery if tourism is to be a sustainable industry.