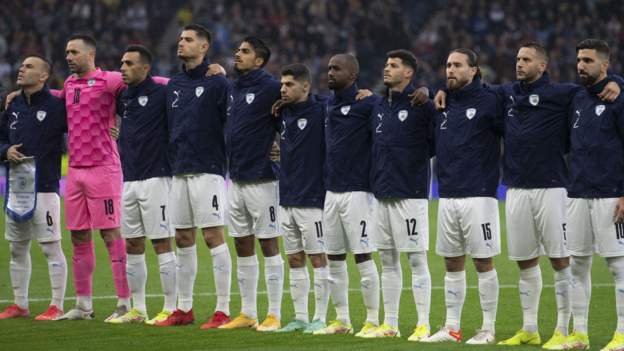 Fifa fined the Scottish FA over 8,000 for booing the Israeli national anthem in Hampden Park.

A flag that was inappropriately displayed during Scotland's World Cup qualifying win last month is also included in the penalty.

Steve Clarke's team twice won 3-2 against the odds in front of a sold-out crowd in Glasgow.

Scotland was second in Group F thanks to Scott McTominay's stoppage time winner.

With one game remaining in the qualifying campaign, a win in Moldova on December 12th would guarantee a place in the play-offs.

Fifa's article 16 disciplinary code was breached by the world governing body. It explained that it was because of: "Order & security at matches (disturbance durant national anthems), use of objects - flag to transmit a message not appropriate for a sporting event)"
finedantheminappropriatewinnerisraelqualifyingwinhampdenjeeringfascotlandflagvictorynationalworld
2.2k Like