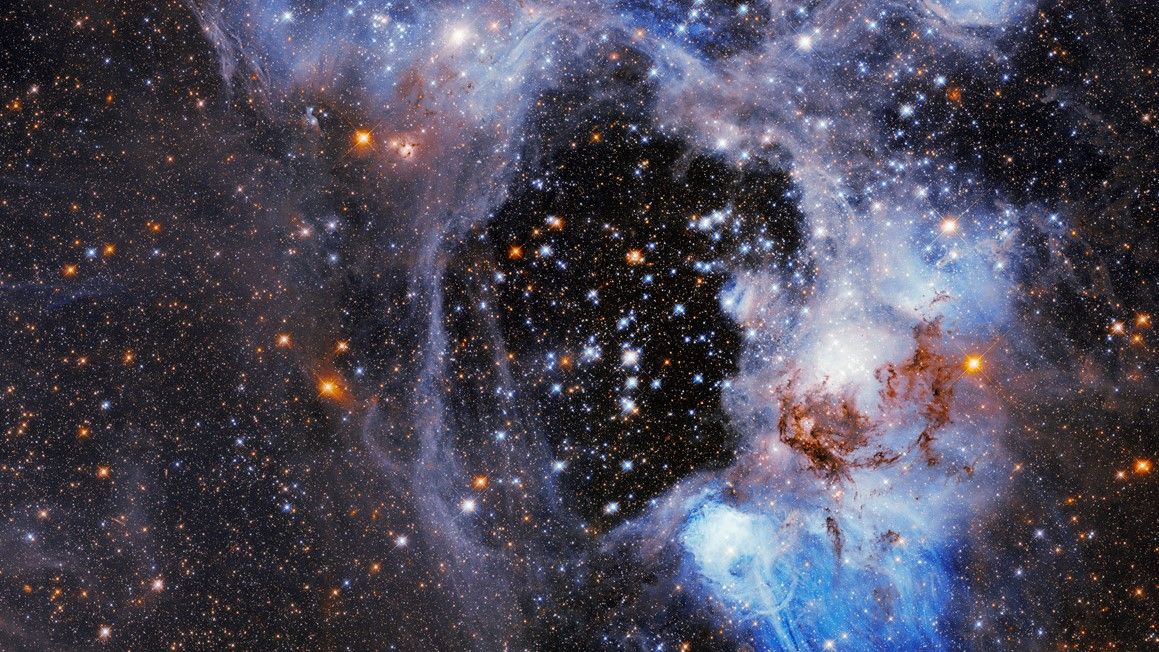 A new Hubble Space Telescope image shows wispy clouds and a bizarre "superbubble".
The view shows a nebula or gas cloud (known as N44) that is located in the Large Magellanic Cloud, a nearby galaxy. The newly released image shows hydrogen gas glowing in darkness, as well as dark dust lanes, stars, and other elements in a complex structure located approximately 170,000 light years from Earth.

NASA stated that the "superbubble," which is located in the upper central portion of the gas cloud's gas cloud, is particularly interesting because scientists are trying figure out how this 250-light-year-wide structure was formed.

Agency personnel stated that "Its existence is still something of an mystery", and offered two main hypotheses. According to the statement, one is that the gas was blown away by huge stars with stellar winds. However, the wind speeds measured there are inconsistent with what the models suggest.

Another possibility is that the gas was formed by a supernova explosion of a dying star. Evidence of at least one supernova remnant close to the superbubble lends credence the supernova theory.

Astronomers discovered a 5-million year-old difference in the age of stars within and around the superbubble. NASA stated that this age difference indicates "multiple chain-reaction star formation events". They pointed out a zone of intense starformation at the lower right side of the superbubble. This image is visible in deep blue by the Hubble Space Telescope.

N44's glowing gas is classified as an emission nubula. This refers to a gas cloud that has its molecules energized with star radiation. As it cools, the gas emits light energy which causes the glowing effect.