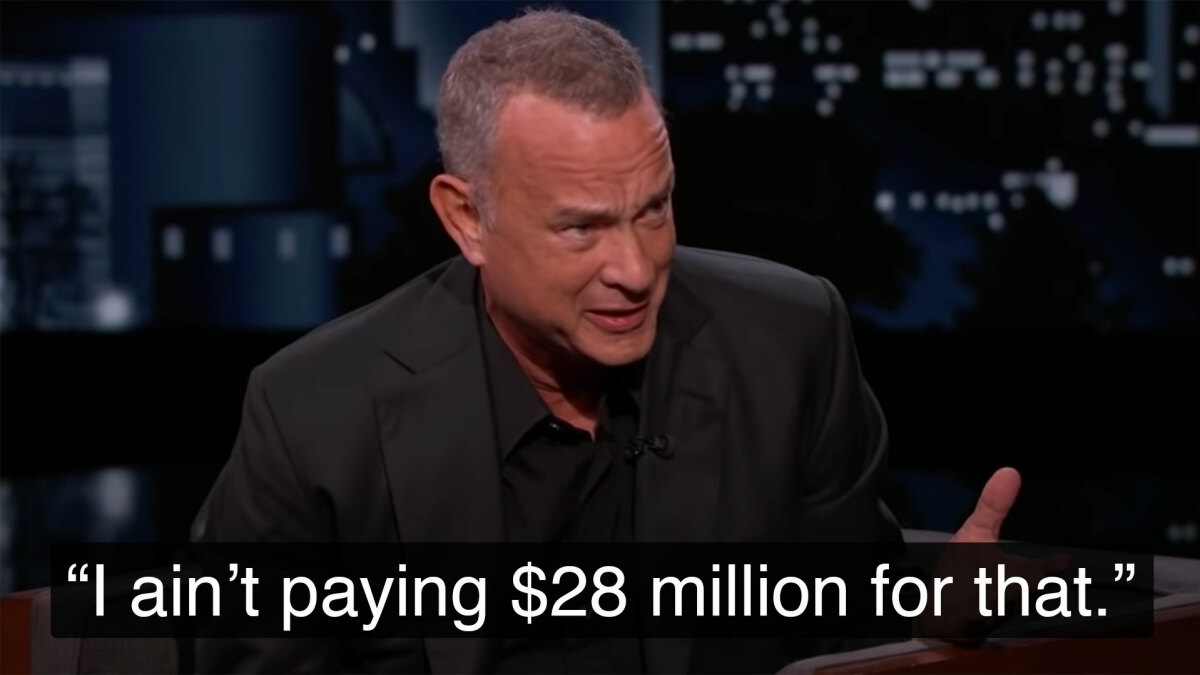 Although William Shatner might have been sent to space by Jeff Bezos' Blue Origin program, it seems that Tom Hanks was the first to offer.
Jimmy Kimmel Live! On Tuesday, Hanks was asked by the host to confirm the rumours. His response was shockingly blunt.

Hanks states in the clip that "Well yeah, provided you pay." It costs about $28 million, or something similar. Jimmy, I'm doing well. But I don't pay $28 million. We could even simulate going to space right here, you know?

Hanks then begins to perform some spontaneous acting. He shakes in his chair, moves around for a while in his chair ("takeoff"), and then shakes some more in his seat ("landing").

"I don’t have to spend 28 millions dollars to achieve that."