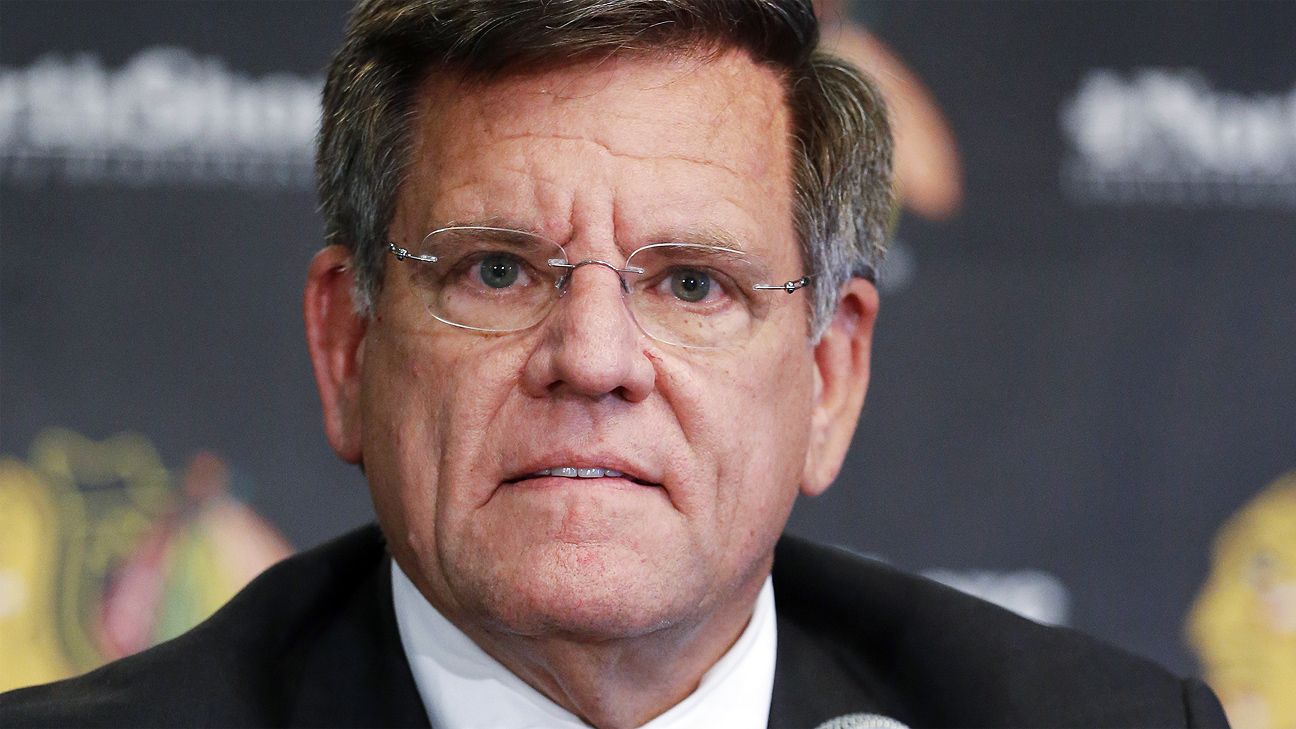 CHICAGO -- Tuesday's settlement talks were held by the Blackhawks with an attorney representing a former player who is currently suing the team for sexual assault allegations against an assistant coach in 2010. The claims were largely ignored by the team.
According to Susan Loggans who represents Kyle Beach, former first-round pick, the sides met for around an hour. Loggans is also part of a second lawsuit against team. This one was filed by Brad Aldrich (ex-assistant coach at high school), who was convicted in Michigan of assaulting.

Loggans stated that she presented her case for a settlement at the meeting, and that the Blackhawks' lawyers "listened" and discussed the issues that affect the matter.

She said, "The meeting was respectfully and cordial for both sides." "But each side had their own views. The opportunity to move forward was spotted. Both parties will still meet with their clients and may meet again in the future.

Rocky Wirtz, Blackhawks' owner, and Danny Wirtz CEO, Rocky's son have requested to meet with Beach. Loggans stated that he wanted to know more about the settlement issues before making his decision.

As late as May, the Blackhawks stated that Beach's claims were unfounded. An independent review was ordered by the Blackhawks in response to the lawsuits. It was released last week. The review showed that the team badly handled Beach's claims that Aldrich assaulted him during the 2010 Stanley Cup run. Aldrich claimed that the encounter was consensual.

Reid Schar, a former federal prosecutor, was the lead of the investigation. He said that his law firm did not find any evidence that Rocky and Danny Wirtz knew about the allegations. Beach's lawsuit was brought before Schar's office filed it. The report stated that the allegations were known to many senior executives and that the team did not take any action for at least three weeks.

Chicago was fined $2 million by the NHL for its "inadequate internal procedures" and "insufficient and untimely response to Beach's allegations. The punishment has been compared to previous fines for teams by Commissioner Gary Bettman. Donald Fehr, the head of the NHL Players Association, has been criticised over his union response.

Bettman spoke Monday to the media. The team later apologized for claiming that Beach's claims were not credible. It stated that "it is now clear that our organisation did not do what was right."
loggansaldrichmeetteamsmeetingsettlementattorneyholdteamblackhawksallegationswirtzkylechicagobeachs
2.2k Like