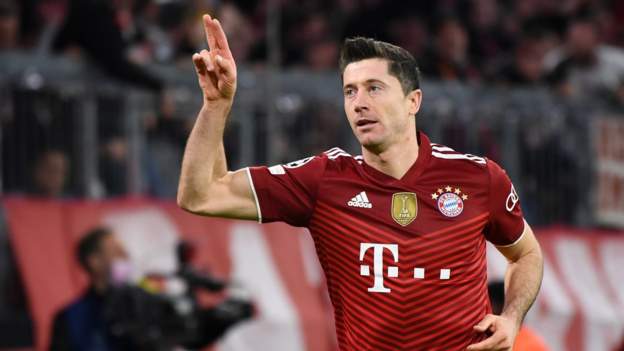 Robert Lewandowski celebrated his 100th Champions League appearance by scoring a hat trick as Bayern Munich defeated Benfica to reach round one.

Lewandowski led Kingsley Coman in the cross, and then set Serge Gnabry up for Serge Gnabry’s backheel finish.

Morato scored one back, before Lewandowski saved a weak penalty in the middle.

Lewandowski's second featured a fantastic first touch and finish to Sane's pass. He then grabbed Manuel Neuer's long ball, and dinked it over Odysseas Vachodimos near the box's edge.

Bayern are six points ahead of second-placed Barcelona, while Benfica is third with four points.
benficaincludingsanesrobertbayernmunichgoalsseasonscores52gameshattrickchampionsleaguelewandowskipointsscored
2.2k Like