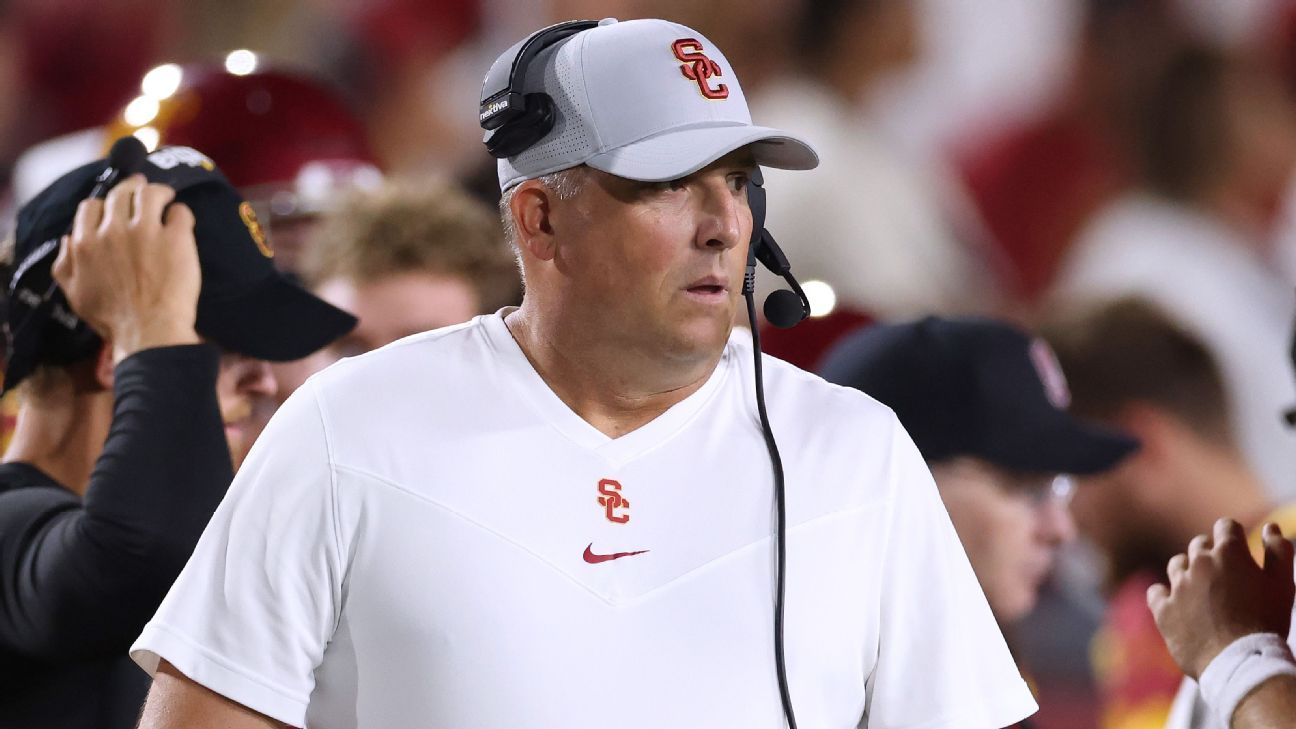 Georgia Southern announced Tuesday that Clay Helton, a former coach at USC, has been hired as the Eagles' new head coach.
Helton was fired on Sept. 13 by the Trojans. He replaces Chad Lunsford who was fired on Sept. 26 by the Eagles after a 1-3 start. Helton was 1-1 when USC fired them. After six years as an assistant coach for the Trojans, Helton was 46-24 at USC. In late 2015, he was made permanent head coach.

Sources say Helton had two years remaining on his USC contract. He was owed more that $10 million at the time of the firing. Helton is expected to rejoin the Eagles program to start recruiting and building his staff for 2022.

Helton, who is 49 years old, was the first coach hired in a cycle which already saw high-profile changes at USC and LSU. Helton led USC to three division titles in 2017 and a Rose Bowl title after 2016.
southernfiredgeorgianamesheadseptclaycoachtrojanseaglesuschiredheltonseason
2.2k Like