'Whose Line Is It Anyway?' Colin Mochrie Hits Fan Over Head With VHS Tape 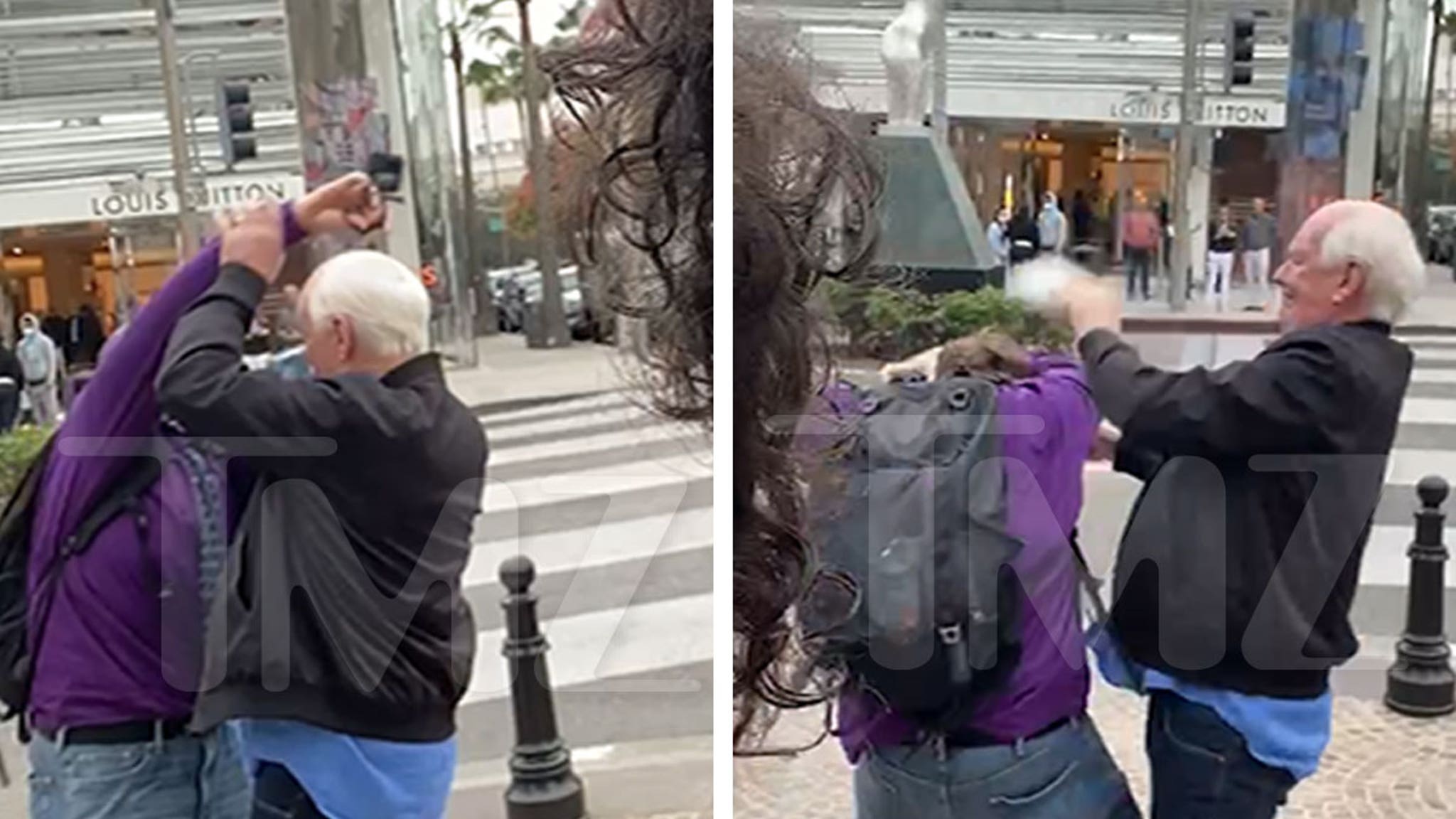 Watch video content at TMZ.com
Colin Mochrie made a videotape a weapon by using it to rain on a fan's head during a curbside autograph session that went haywire. And it was all captured on video.

Monday's bizarre incident took place in Bev Hills, home of the "Whose line is it Anyway?" The autograph hound approached the star, but it looks like the incident could have been part of a sketch. Although it's possible, cameras aren't in position to capture it.

You have to see it for yourself. Colin appears to be being asked to sign the VHS tape. The fan seems to reach for Colin's forehead and then they begin to wrestle. CM uses the tape for a smack to the head.

The autograph seeker is holding a camera and appears to have fled after being bopped on his head. Colin has the VHS tape.
colinincidentappearsmochrievhstapefanhitslookslineautographwrestlethatshead
2.2k Like