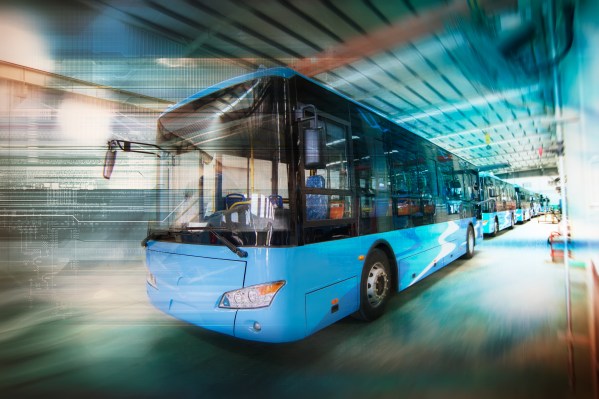 BasiGo, an electric vehicle startup, has announced today the launch of operations in Nairobi. It will provide clean energy options for Kenya's public transport sector, which is currently dominated fossil-fuel buses.
While announcing $1 million in pre-seed funding, BasiGo said it plans to sell locally built electric buses made from parts supplied by China's EV maker BYD Automotive. BasiGo revealed that it will offer buses with 25- and 36-seat capacities. It claims the range is sufficient to cover daily round trips.

After establishing a base in Kenya, the company plans to expand into other East African markets. BasiGo has been supported by several investors, including Climate Capital, a Silicon Valley venture capital company, and Third Derivative which is an accelerator focusing on climate-technology.

BasiGo will introduce a financing model to allow customers to purchase EV buses at the same price as diesel counterparts. The balance will be offset by usage-based subscription fees. BasiGo states that the pilot program will be launched after the arrival of the first bus.

Electric buses are now more affordable than fossil-fuel buses. The price of electric buses has dropped dramatically in the past 10 years. Bhattacharya stated that our goal is to assist bus owners in Kenya in realizing these savings and, in the end, help Kenya become a world leader in sustainable public transportation.

Jonathan Green, BasiGo's other founder, has worked for 15 years to help companies in Africa deliver renewable energy technologies. He was most recently the strategy and operations director for Fenix International where he managed the delivery of over 500,000 solar systems as pay-as-you go to customers in six African markets.

In response to increasing demand for clean energy in public transport, the company plans to launch electric buses into Kenya. Bolt and Uber, two of the most popular on-demand taxi services, have already launched electric vehicles as they gradually move away from fossil fuels that are more polluting.

IQAir, a Swiss-based company that develops air quality technology, has shown that Nairobi's main contributors to pollution are motorcycles and vehicles. According to IQAir the PM2.5 (fine inhalable material) concentration in Nairobi's air is currently 1.3x higher than the WHO annual guideline value.

The WHO estimates that at least 18,000 Kenyans die annually from air pollution. Other researchers have confirmed that electric vehicles could be a solution.

According to the SSA Nature Sustainability Report, a switch from fossil fuel vehicles, which contribute 12% of total regional emissions, offers sub-Saharan Africa a number of benefits, including transportation and a decrease in carbon emissions.

Alex Mwaura (COO BasiGos) stated that they will use the country's renewable energy resources to fuel public transport.

Opibus, an electric vehicle manufacturer, and NopeaRide Kenya's first fully-electric taxi company are also working together to bridge the infrastructure gap. They are setting up charging stations across Nairobi.

Opibus is the first company to convert gasoline and diesel vehicles to electric. Tour companies love the silent nature of the company's conversions during safaris.

NopeaRide received funding from EEP Africa recently, a financing facility that supports early-stage clean energy projects in Africa. This will allow the company to expand its service area by building more solar charging stations in Nairobi.