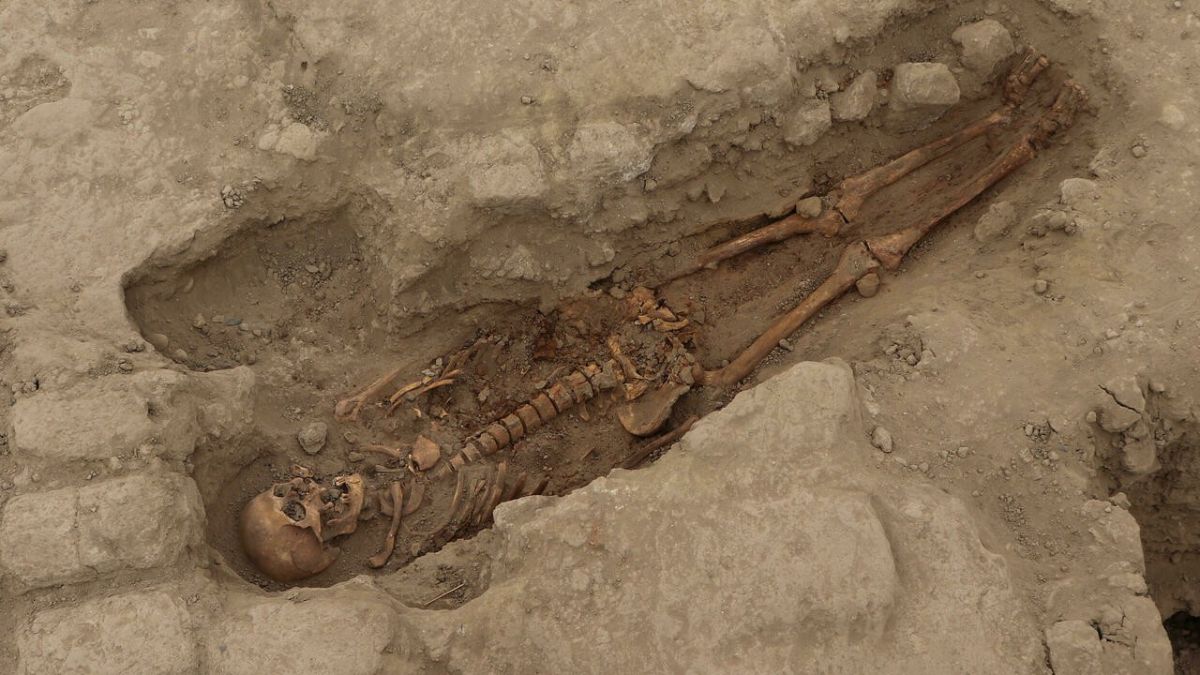 The ancient bones of children who were killed are revealed by the foothills in the Andes Mountains.
Archaeologists discovered 29 bodies of human beings that were buried in Huaca Santa Rosa de Pucal in northwestern Peru, approximately 1,000 years ago. This archaeological site is located in the Lambayeque Region. Four of the skeletons belonged to Wari culture. One adult, one teenager, and two children were among them. These four skeletons are the region's first known examples of human offering from the Wari civilization. Edgar Bracamonte Lvano is the excavation's director, and research archaeologist at the Royal Tombs of Sipn Museum. He spoke to Live Science via email.

The excavation found human remains as well as skeletons of eight guineapigs as well as many alpacas. They also found pots, bottles, and a knife with half-moon-shaped blade.

Similar: Photos: The amazing mummies from Peru and Egypt

Bracamonte Lvano identified the tombs as Wari due to their unique, D-shaped enclosures that were typical of the culture’s religious spaces. He suggested that the human offerings could have been part of a ritual performed at the time of the construction of these Wari religious spaces.

The archaeological team discovered a fifth person who had been secondary buried in addition to the four offerings. Bracamonte Lvano stated that he had been buried elsewhere, and then reburied in the D-shaped enclosure.

A view from the overhead of the excavation site. (Image credit: Edgar Bracamonte Lvano)

From A.D. 500 to 1,000, the Wari civilization thrived on the coasts and mountains of modern-day Peru. According to the World History Encyclopedia, Wari people are known for their finely woven textiles, sculpted pottery, and their roads and terraced farming. Later, these roads were incorporated into the Inca Empire. Although the exact structure of Wari society is still unknown, archaeologists found evidence that religion and politics were intertwined. Live Science reported that women were also included at the highest levels.

The Mochica or Moche culture was responsible for the 25 other skeletons that were found at the site, but not burned. The civilization thrived in the area of Lambayeque between A.D. 100 and 700. It would be overthrown by the Wari later. Moche art is known for its literal and naturalistic style, unlike Wari art which is more inclined to abstract patterns and shapes. Bracamonte Lvano stated that this makes artifacts derived from both cultures easy to distinguish.

The Lady of Cao mummy is one of the most important Moche discoveries of recent years. This tattooed noblewoman's forensic reconstruction was featured in a National Geographic documentary. Under Bracamonte Vvano's watchful eyes, the Royal Tombs of Sipn Museum houses The Lord of Sipn (another famous Moche mummy that was discovered in 1987).

A mammoth graveyard: 60 pachyderm skeletons discovered together in Mexico