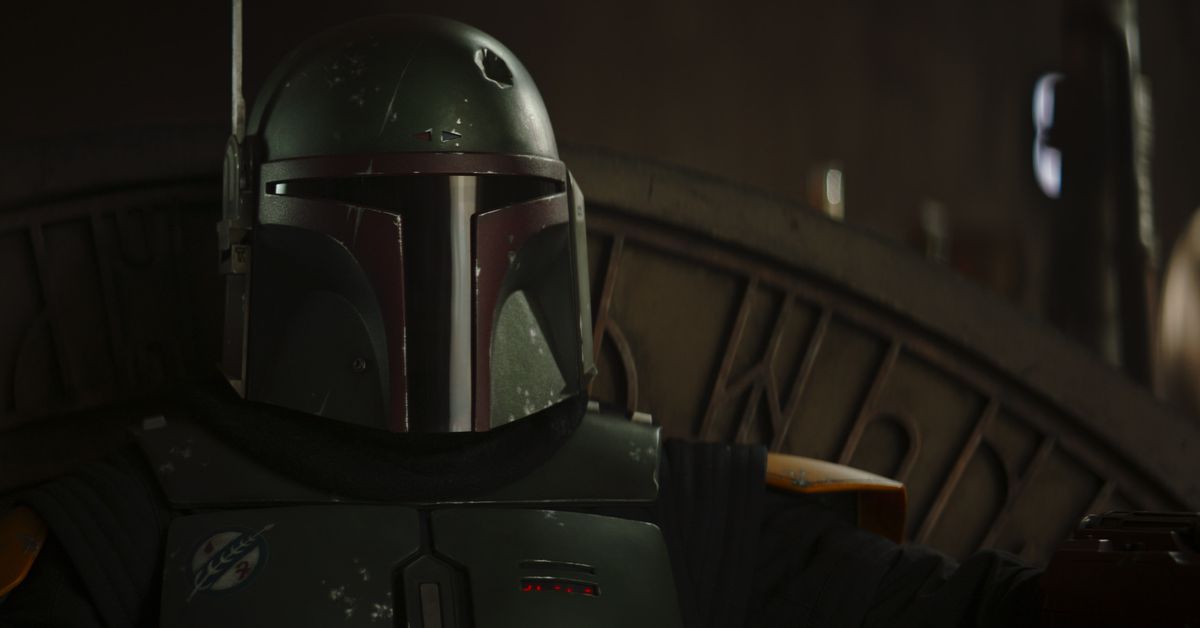 The Book of Boba Fett has just received its first trailer, ahead of its debut on Disney Plus December 29th. This gives us an early look at the new spinoff for the galaxy's most famous bounty hunter.
It has taken a while for the spinoff to happen: Boba Fett is a star wars character who has been very popular since his debut (in the much-maligned Star Wars Holiday Special). His action-figure-worthy costume, and his icy demeanor in Return of the Jedi and The Empire Strikes Back have captured the attention of fans. He has only four lines of dialogue between the films.

The character of Fett was further developed in Star Wars novels. The prequels provided an introduction to the Mandalorian culture and then led to The Mandalorian series. There have been rumors over the years that Disney would give Boba Fett a film sequel. However, the story of the bounty hunter getting top billing was only revealed in the post-credit reveal after The Mandalorians' second season.

The Book of Boba Fett opens just after the post credit scene. This featured Fett (Temuera Morrison) and fellow bounty hunter Fennec Shand, (Ming-Na Wen), killing Bib Fortuna. They then reclaimed the palace and territory that was once owned by Jabbathe Hutt. The new series seems to be Fett's attempt to restore order to the former crime lords, presumably without too many breakdowns.

The Book of Boba Fett marks just one of many planned Mandalorian spinoffs Disney has in the works. The company is also currently working on Ashoka and Rangers of the New Republic. This is in addition to future seasons of The Bad Batch and The Mandalorian.
fettfansspinofftrailerteasesmandalorianfuturewarsdisneybountybobafettswaitingseriesbookstar
2.2k Like

The Book of Boba Fett premieres on Disney Plus December 29th