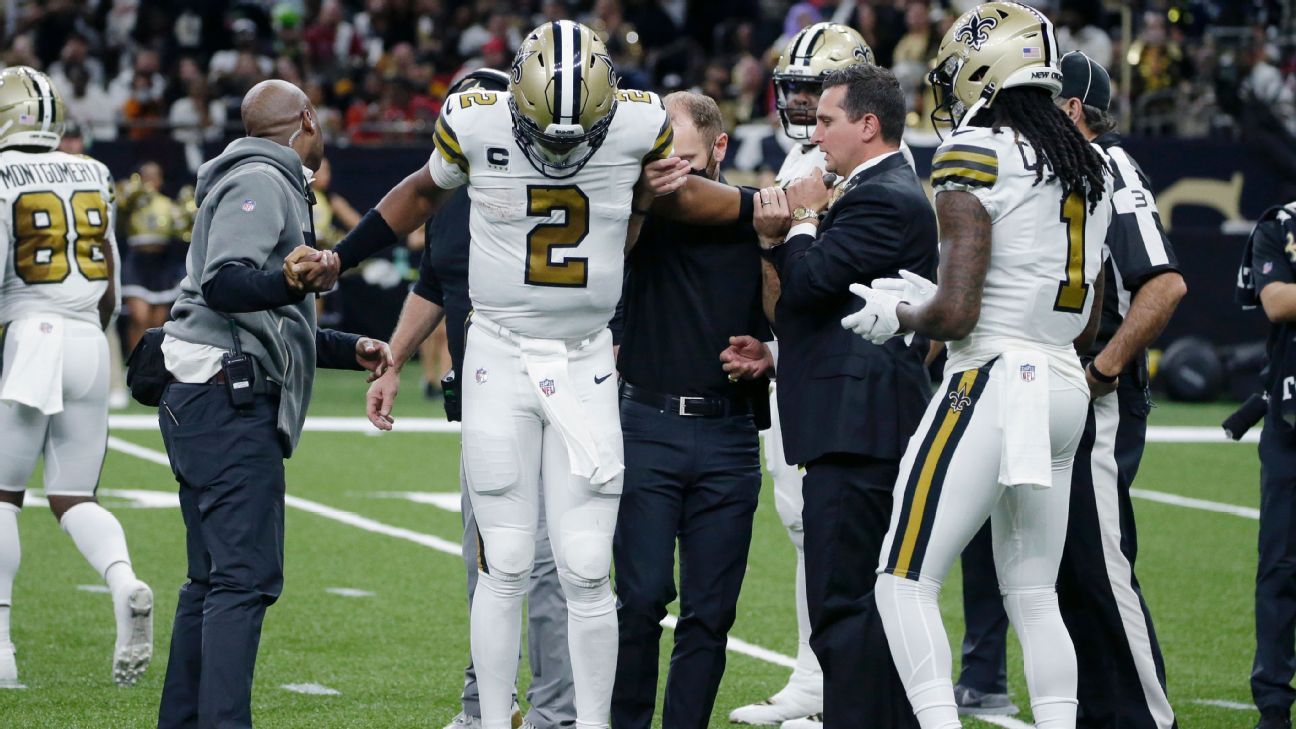 After his left leg was bent on a tackle, Buccaneers QB Jameis Winston requires help to get off the field. (0:36).
NEW ORLEANS -- Jameis Winston, New Orleans Saints' quarterback, was taken to the locker room after suffering a knee injury in the second quarter of Sunday’s 36-27 win over his former team, Tampa Bay Buccaneers.

Sean Payton, Coach of the team, said that it was a "significant" injury after the game.

Winston sustained injuries in a horse-collar attack by Buccaneers linebacker Devin White. White was flagged for pulling Winston by his jersey shoulder, and Winston had to land awkwardly. Winston's left leg was pinned behind his back as he touched the turf.

He was greeted by trainers and medical personnel who helped him to limp slowly towards the tent. Later, he was helped onto a cart to be driven back to his locker room. Winston was hugged by several teammates as he walked off the field. This included injured receiver Michael Thomas who was sitting on the sidelines in street clothes, and Winston's coach.

Winston was replaced by Trevor Siemian, a veteran backup quarterback -- the Saints' only other QB. Backup Taysom Hill was sidelined by a concussion since Week 5. Rookie Ian Book was healthy inactive. Siemian was able to finish with 159 yards and a touchdown.

Winston completed six of 10 passes for 56 yard and a touchdown, and he also ran four times for 40 yards. Winston was able to leave the game tied at 7-7.
saintshorsecollarinjuredgamejameissidelinetackleyardsorleanskneefieldwinstonroomcartedqbsiemian
2.2k Like