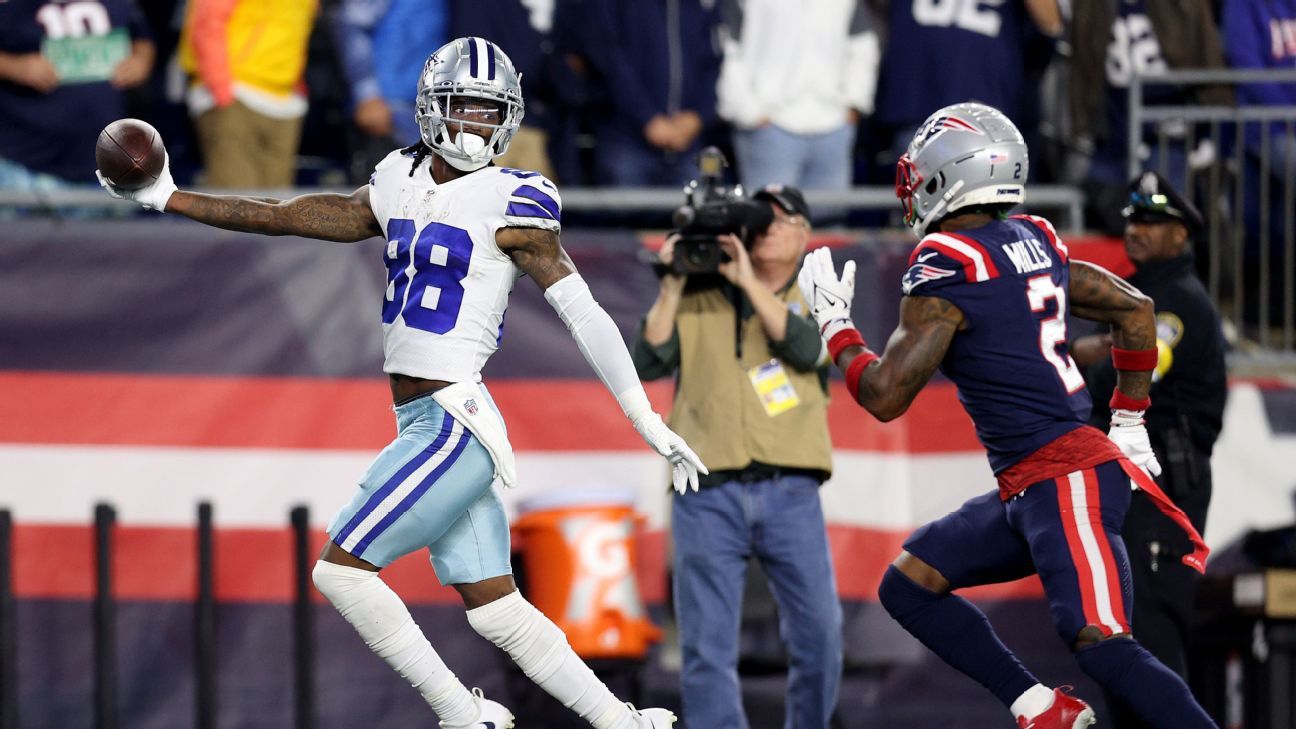 The NFL has fined CeeDee Lamb, Cowboys wide receiver, five times in total from Dallas' first six games of the season, for $46,865, league sources said to ESPN. This includes $10,300 for his wave during the Patriots win earlier this month.
Lamb was twice fined twice for his jersey being untucked. He was first fined $5,150 on Sept. 27 against the Eagles, then $15,450 on Oct. 3 against the Panthers. Lamb will be fined $46,350 for his next offense of having his jersey untucked.

Lamb was also fined $5,150 because his socks failed to cover his lower leg against the Buccaneers in Dallas' regular season opener, as well as $10,815 for illegally cracking back against the Panthers.

Lamb's salary base this season is $1.247 Million. This means that he has already been fined 3.75% of the total salary six games into the season -- which his teammates and I have noticed.

Cowboys receiver Amari Cooper said this weekend to 105.3 The Fan that he had never seen a young player get so severely punished. It's confusing for me. It's confusing to me. Are you a fan of getting paid?

Lamb, 22, has 33 receptions and 497 yards. This is a team record. Lamb also scored four touchdowns in six games. His average of 82.8 receiving yards per match is the 10th highest in the NFL this year.
wrfinedjerseysourceslambsaynflgamesocttimesuntuckeddallasseasonsept5150
2.2k Like