A Delta passenger was arrested after allegedly punching the person behind him over a seating dispute, Atlanta police say 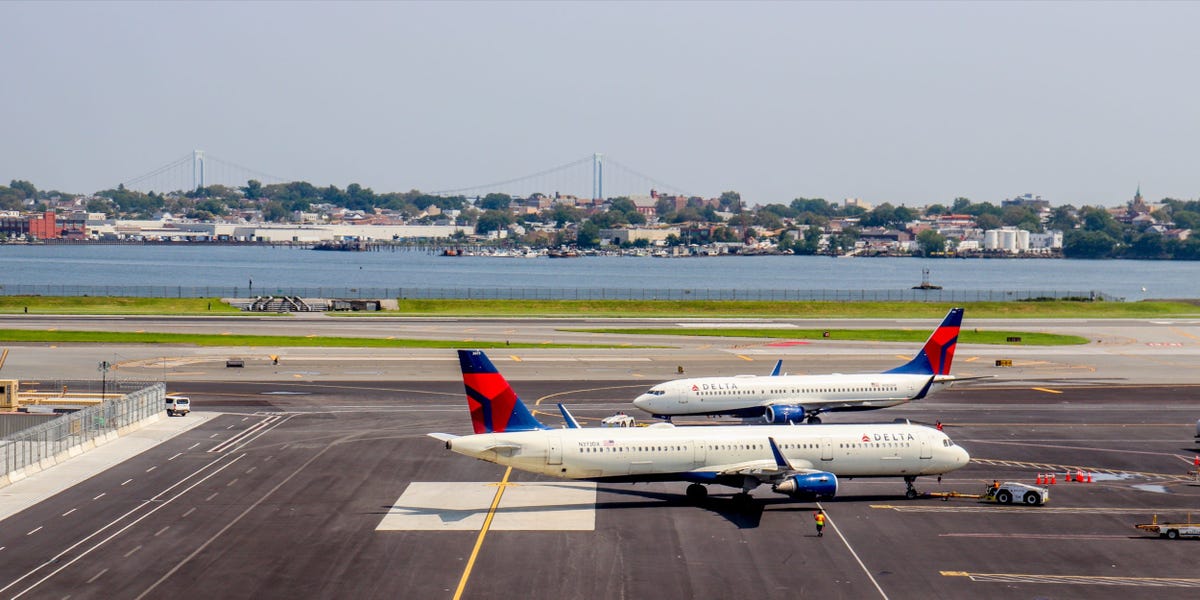 According to NBC News, a Delta Airlines pilot was arrested for allegedly punching another passenger.
Atlanta police stated that the dispute started after one of the passengers placed an item in his seat pocket.

A Delta passenger was arrested after allegedly punching another before take-off.

NBC News reported the incident on Friday, when a flight headed to Los Angeles from Atlanta was disrupted.

The incident began when Curtis Maurice Clayton, the suspect, became involved in a heated argument with a passenger sitting behind him.

Atlanta police say Clayton started to fight with German Montez, a fellow traveler who had put an item in his seat pocket.

The outlet recorded the fight between the men in an aisle, while others tried to restrain them. A passenger in the video said, "Seriously?" According to the report, I had already missed one flight.

Insider reached out to Atlanta Police Department and Delta Airlines for clarification.

The flight took off after a delay of 31 minutes.

Police told NBC News that Clayton had been "uncooperative" and damaged a vehicle used in the investigation.

He was then charged with battery, interference with government property and criminal mischief.

This incident is the latest in a string of disruptive passenger behavior on planes. A Delta Airlines passenger was recently charged with two federal felonies after he was accused of punching an attendant twice in the face.

After threatening to fracture another passenger's neck, a United Airlines passenger wearing a mask was kicked off the plane this month.
incidentallegedlytooknbcarresteddeltaairlinestoldseatingatlantapersonsaypassengerclaytondisputepunchingflight
2.2k Like