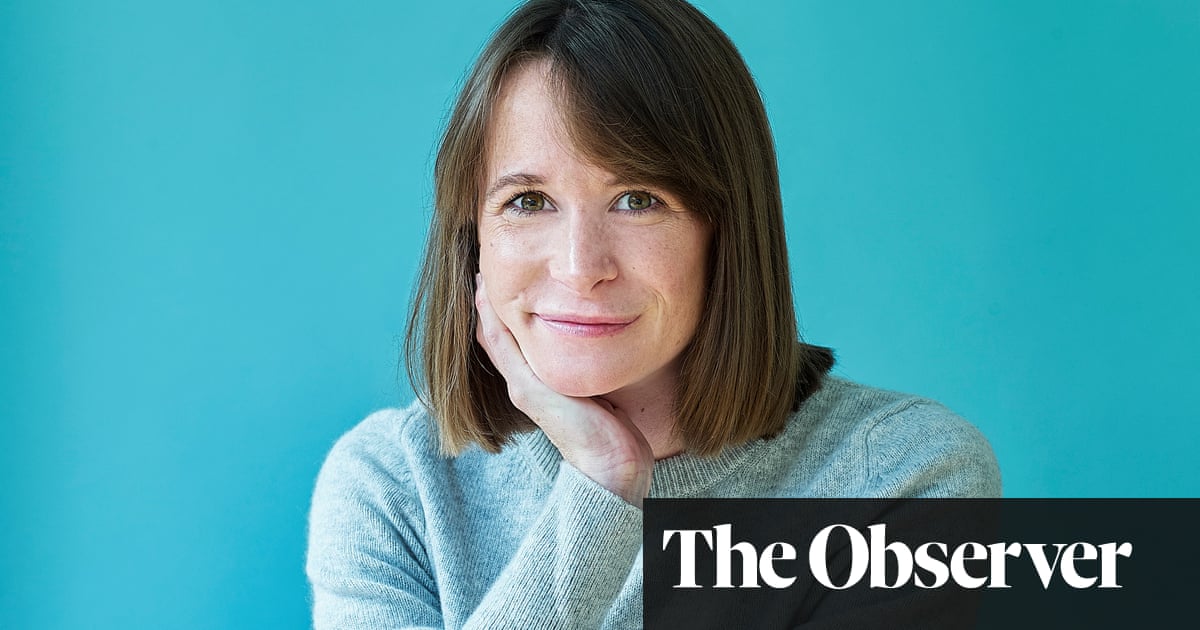 People frequently ask me about my siblings and brothers. After reading Girl A, my debut novel, they are eager to discover my family. In my book, there are seven siblings and there is a lot of cruelty, anger, begrudging respect and tenderness between them. Too much love, too little.
I don't have brothers or sisters. This is the thing about writers. I'd like to respond bolder than I actually am. They create things. They make up things. However, this isn't the whole truth.

My family has a history of siblings on one side and only children on the other. My mother's family is characterized by overcrowded festive tables, three ice-creams per day while on vacation and a cousin who received a lump of coal as a Christmas present. My father's family is filled with only children. There were large, empty houses surrounded by feline companions. Weekend visits to graves were common. The dead outnumbered the living with ease.

This is the line that won. I was a big, furious baby that decimated tissue and slept. My parents had already woken up after I fell asleep and were jogging about their newly rejuvenated lives. Everyone was too happy to have another one.

I wasn't spoilt with things; I am still the one who misses out on the perfect loafers. I was taught to think for a week about whether I truly, really want them. God, I was spoiled with time. My mother was my first four years, and I spent those four years creating collages out of magazines and picking the book from my shelves. I cried for over a month when I first started at the primary school in my village. I struggled haplessly with my tiny collection of reading words. To my horror, the teacher didn't have six hours per day to help me conquer them.

To add to the family, I enjoyed reading stories about my siblings.

It is hard to be an only child, I believe. Although the world of adults may not be as kind as that of children, it is certainly more polite. I expected everyone to indulge me in my bizarre stories and animal facts when I arrived at the classroom. It was my hope that people would listen to everything I had. It turns out that nobody wants that, and five-year olds the least. I was a strange and gullible child in the playground. Nobody ever had been mean to me, and when they were it was hard for me to believe.

But there were always stories. Once I was proficient at reading the tins, I enjoyed reading stories with siblings. I wanted to join the Weasleys at the Burrow and the Marches of Massachusetts. I joined their families, their huge Christmases, and shared jokes. When I was able to write, I wrote my own novels of families. I stapled pages of A4 and sealed them with my logo. I was able to write quickly and didn't have to worry about Amy March putting my manuscript on fire. When I was done, I would give them to my parents. They loved them and read them right away.

My parents used to take me out for dinner when I was a little girl. I was supposed to fall asleep by the time they returned. An inept babysitter sat downstairs, the television on louder than usual.

I never slept. My mother's perfume was a lingering scent in the landing. It made me feel like an early ghost. I lay down in bed, waiting for their voices to speak. Then I would be certain that they hadn't died in a car crash on my way home. They checked me and I obeyed, pretending to sleep. There are few things more embarrassing that loving someone too much.

This love was selfish, it was obvious. It was a suspicion that no one else would love me as much as I did, but that is true for most of us. There was also the fear of being alone. My parents would have sent me away if they died. I was wrong. I wasn't sent away with the Pevensies to Narnia, like them. No. No.

Although I'm less lonely now than I was back then, this fear has not gone away. It has only grown. I am still obsessed by the thought that my parents will die. I can see myself alone at the church doors. They won't be there to remind me of their particularities, and I worry about losing the fondness that comes along with death. Who will remember the moment my father filled the car with diesel and then swore before me? My mothers' persevering quest for a pool while on holiday, regardless of budget, meant that we were once stuck in a Seville hotel bath trying to cool off.

Here is the worst fear of all: Not death, but its absence. My maternal grandmother didn't die from Alzheimers for many decades. During those years, my aunt and mother shared the dark, black humor found in hospitals and care homes; in the ringing of the phones, when no one is awake. If the time comes, will I be able it? It's not enough to do it.

It has never been difficult for me to enter the lives of others.

It wasn't easy for me to be a parent and it was not easy to love. My husband defined compromise as talking about something and doing the same thing you originally intended to do. It didn't seem too difficult, but it did surprise me once that anyone would do different things. My assumption when we moved in together was that we would follow our family's traditions. This was when I had dinner, and this was when I went to bed. Here are my books, alphabetically arranged by authors' surnames. He could also add his, as long as we made a distinction between fiction and nonfiction.

My favorite men were always from large, sprawling families. There were many brothers in my family, far too many to fit into their bedrooms. No one would ever know who had just entered the house, and no one would even open the front door to check. I would be absorbed by the sounds and slights, and sit there in the middle of it all. I would have cried if someone had broken one my CDs. Or taken an ear if they were damaged. These things were solved in minutes with joyful violence. There were many jokes shared, whether it was from a movie or a parent mishap. These became common over time. Both familiar and forbidden. It would have been a shame to raise them by myself. This was not my native tongue and I would never lose it.

This outsider perspective is useful for writing. It is wonderful to write about things you don't know. But it also gives you the opportunity to explore things you don't know. Imagine living in a house like this, surrounded with siblings and hustle. It didn't take long for me to slip into the lives and world of others. A darkened curtain can make it happen. And here was the chance to create my own siblings. Some were cruel, while others were kind. They were all mine.

I am here if you need me to be found in Girl A. The Gracie family is not a result of something I have, but something I don't.

Writing is not the same thing as a relationship. I'm learning, however. I can appreciate the value of a pint halfway through a walk rather than insisting on waiting until the end. It is worth watching a movie five times on Sunday afternoons. I find the joy in waiting for the best jokes and not hearing them all over again. We added an unread bookcase to our bookcase. It was a beloved item on my husband's bookshelves. This is, I believe, a better way to do things.

Abigail Dean's Girl A (HarperCollins 8.99) is now available. You can purchase it at guardianbookshop.com for 8.36
familyreadiveknowsiblingsimfascinatedchildparentssharethingslovelearnquitelifemeans
2.2k Like