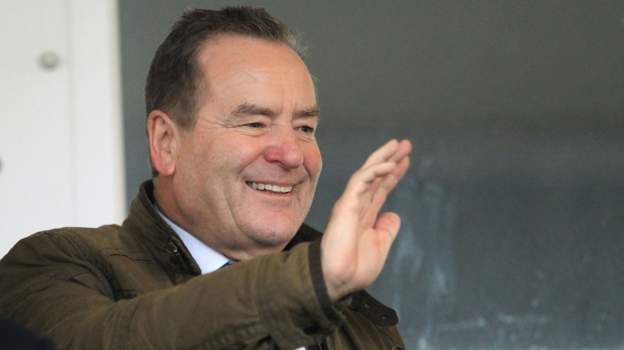 After more than 25 years of service, Jeff Stelling will be leaving Sky Sports' Soccer Saturday.

The announcement was made by the 66-year old, who has been hosting the show since 1994. He received a standing ovation from fellow pundits.

Stelling, a Hartlepool fan who joined Sky in 1992 and did not plan to retire, is still with Sky.

He said, "I have made the extremely difficult decision that this season will be my final season."

"This is my decision. There has never been pressure. Sky has been as brilliant with me as ever.

"I don't intend to retire, but it is time for someone else to try my best job."

He said, "I have loved every minute of my 30-years with Sky, but as every Saturday afternoon, the time comes to blow its final whistle."

"I'm proud to be part of such an elite team and I look forward to many more special moments on Soccer Saturday this season. Hartlepool United may even give me another promotion."
stellingdecisionskyjeffwinningleaveendseasonwhistleiupdatedsoccerworldhejoined
2.2k Like