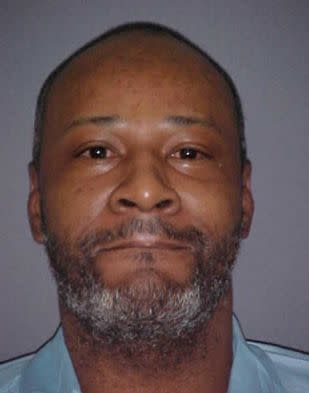 After a six year pause, Oklahoma executed its third consecutive failed execution Thursday. John Marion Grant, 60, was left to convulse, vomit and curse after he was injected with three drugs.
Grant was executed with the same combination of three drugs that were used in Clayton Lockett's 2014 execution. Lockett writhed in pain, and Grant was killed in 43 minutes. Charles Warner, who was injected with the drug in 2015, cried out that his body was burning after Lockett's execution. Richard Glossip was supposed to die in the latter part of that year. But, then-Gov. Mary Fallin (R), called off the execution because the corrections team had the wrong drug combination. Warner's autopsy later revealed that Warner had also been executed using the wrong drug combination.

Sean Murphy, an Associated Press reporter, witnessed Grant's execution. He said Grant began to vomit after he had been given the first of three drugs, midazolam. Murphy stated that the vomit covered Grant's face and ran down his neck, along with his side. Murphy, who has witnessed 14 executions, stated that this was the first time he saw an executioner vomit.

Based on eyewitnesses' reports, Oklahoma's execution protocol didn’t work as intended. Dale Baich, a lawyer representing a group of death row inmates who challenge Oklahoma’s execution protocol, stated in a statement. The Tenth Circuit [Court of Appeals] stayed John Grant's execution, and the U.S. Supreme Court shouldn't have lifted that stay. Oklahoma should not have any more executions until the February trial to resolve its lethal injection protocol.

Grant was a plaintiff in the litigation mentioned by Baich before he was murdered. U.S. District Judge Stephen Friot decided that the case could go to trial, but dismissed six plaintiffs (including Grant) due to a legal technicality. Friot suggested at the time that these six dismissed plaintiffs could be used to prove Oklahoma's lethal injection protocol in violation of Eighth Amendment protections against cruel or unusual punishment.

Robert Dunham, executive director of Death Penalty Information Center said that Grant was a test subject for other death row prisoners who challenged the Oklahoma execution process. Oklahoma had failed its three previous execution attempts, before the six-year execution pause. However, it seems that they have learned little from this experience. It would be inaccurate to claim that this is yet another Oklahoma execution gone wrong. Oklahoma knew that this was within the realms of possible outcomes for a midazolam execution. The Supreme Court didn't seem to care, either.

As a child, Grant was subject to extreme neglect and abuse. Grant took full responsibility for Gay Carter's 1998 murder. Gay Carter was a prison employee. Grant spent his life on death row trying understand and atone for his actions. Grant's lawyer Sarah Jernigan said this in a statement following his death.

Jernigan described the many ways Grant had been neglected by the state in her statement. Oklahoma labeled John a delinquent when he stole food and clothing for himself and his siblings. John was not even a teenager when Oklahoma sent him to one of the state-run youth detention centers. He suffered abuse so severe that he couldn't talk about it.

Oklahoma eventually dumped John on streets without any skills or support for his mental illness. He had been both the victim and witness to years of beatings, rapes and prolonged periods in solitary confinement among other abuses. Oklahoma sent John to an adult prison after he robbed a bank at the age of seventeen. He was further victimized by Oklahoma, which Jernigan later revealed in a class action lawsuit.

John was never able to receive the mental health care that he deserved or needed throughout all this. He was eventually convicted of a violent crime: the murder of a prison worker. Oklahoma provided incompetent attorneys who could not handle a case that had the highest possible punishment.

Grant was executed for the first time in Oklahoma since 2015 when executions were halted due to a string of high-profile missteps. The state unveiled a safer execution protocol last year. It was almost identical to the previous protocol. Both protocols call for midazolam to be used as a sedative and vecuronium bromide to act as a paralytic. The other protocol calls for potassium chloride to stop your heart.

The grim legal detail that Grant was executed Thursday led to Grant's execution.

Friot claimed that he received assurances from Mike Hunter, the then-Attorney general, that the state would not seek executions during the ongoing litigation. Friot ruled in August that the case could be tried, but he dismissed six of the plaintiffs, including Grant.

Friot claimed that the six defendants had not offered a reasonable alternative for Oklahoma's lethal injection protocol. This was something the U.S. Supreme Court ruled necessary in these types of legal challenges. Grant was among the plaintiffs who signed a court filing which included four alternatives to execution. Friot asked the plaintiffs affirmatively to indicate their preferences. Six of them declined, citing religious objections or moral objections to their deaths. One of the plaintiffs later stated that he had no intention to refuse to provide an alternative.

Friot seemed to be open to the idea that six of the dismissed plaintiffs could be used as human test subjects in order to determine if Oklahoma's lethal injection protocol was unconstitutionally cruel. The judge noted in a footnote that six of the plaintiffs in this case have not offered an alternative method of execution. This could mean there is a record of Oklahoma's new protocol before the case is brought to trial.

John OConnor, Oklahoma's Attorney General, replaced Hunter in July and promptly scheduled executions for six men plus one other person who is not involved in the litigation. Although the six plaintiffs were reinstated to the lawsuit, the state continues executions in violation last year's promise. Julius Jones, who claims credible innocence, will be the next Oklahoma executioner on November 18.

An appellate court granted Grant and Jones a stay on Wednesday. It found that there was no case law that requires prisoners to choose a method for execution. However, Grant's execution can proceed as the U.S. Supreme Court overturned both stays in a partisan ruling.

The Supreme Court didn't publish any explanations of its decision.

Grant's lawyers requested Friot to omit the paralytic drug from Grant's injection days before he died. This was to preserve evidence of Grant's suffering and pain during execution. Grant was previously expelled from litigation because he failed to state his wishes to die. Friot denied Grant's request.