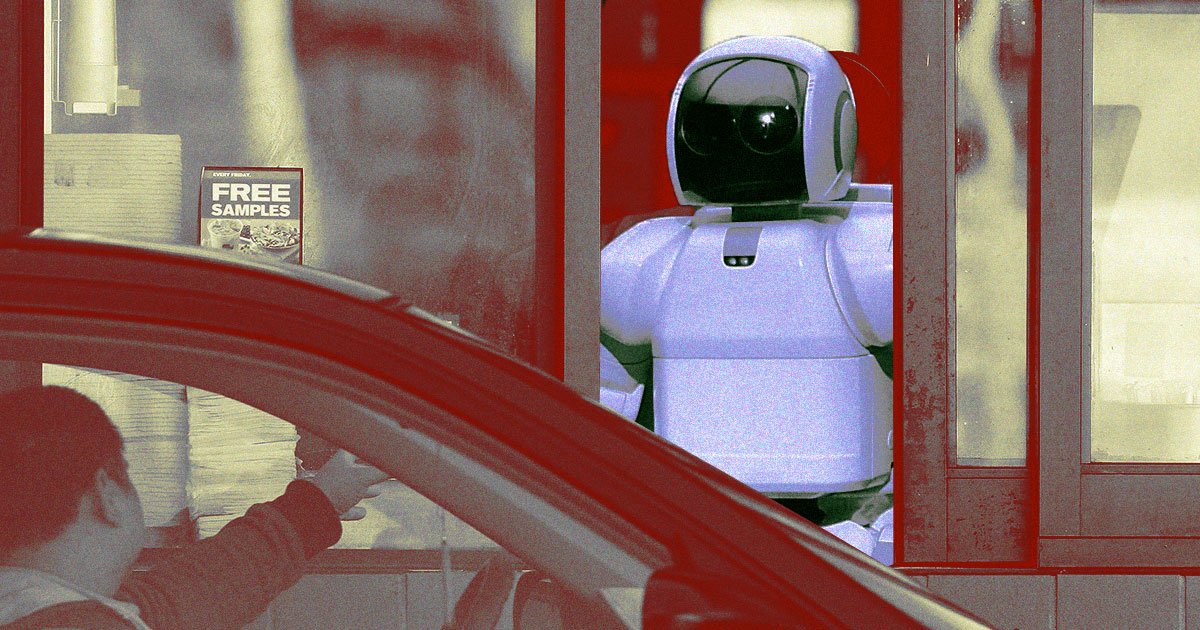 McDonald's has partnered with IBM to use artificial intelligence tech to place orders at its drive-thru lane.

According to CNBC, Chris Kempczinski, CEO of McDonalds, stated that IBM was the perfect partner for McDonalds because of their expertise in AI-powered customer service solutions and voice recognition.

It's probably the last thing we need. The frustration that we feel when trying to communicate with AI-powered software, Siri, could make anyone rip their hair out next time they go to a fast-food joint.

This is not to mention the fact that automated systems are displacing more jobs, which is a worrying trend.

The restaurant chain purchased Apprente, a startup in the tech sector, and renamed it McD Labs. The company will be acquired by IBM as part of the partnership.

Apprente's tech has been tested at McDonalds in Chicago and other locations this summer.

McDonald's at the time claimed that the system could handle approximately 80 percent of orders and fill them with 85 percent accuracy.

Bizarrly, Kempczinski claimed that human workers actually wanted to help the system out. He said that he had to teach the people how to keep their hands off of the wheel and let the computer do the work.

McDonald's is placing a lot of faith in technology to drive sales. This has been evident by the widespread rollout and acceptance of automated order-taking kiosks.

It remains to be seen if its AI technology can keep up with disgruntled drive thru customers.