Here's The Difference Between A Cemetery And A Graveyard 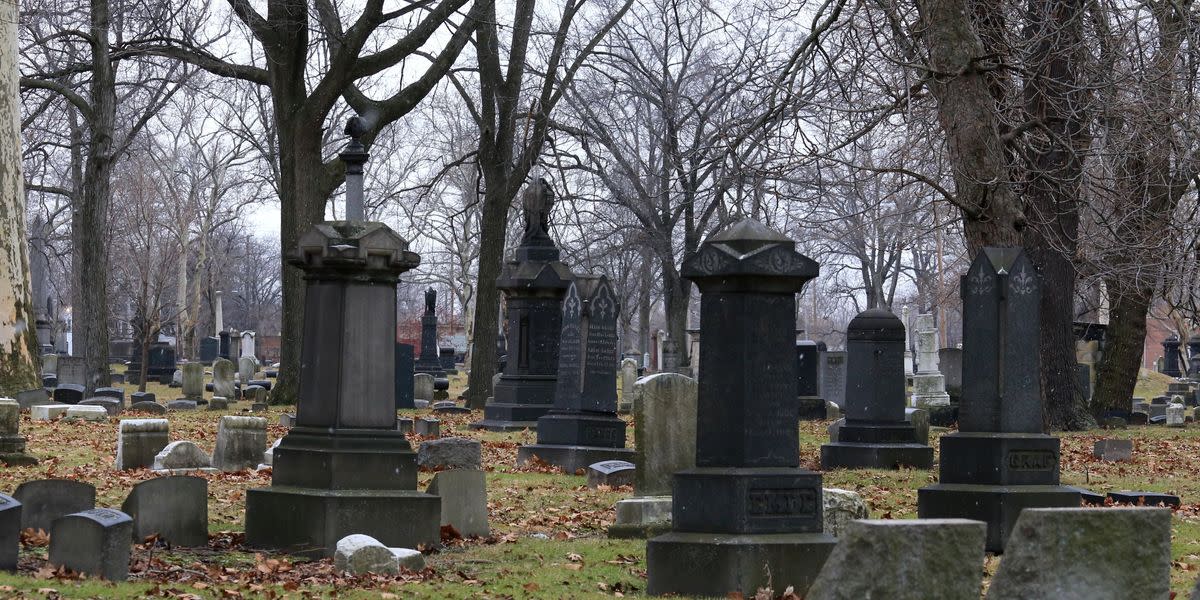 There are technical differences in cemeteries and graveyards. (Photo by Capchure via Getty Images
It is not unusual to see neighbors' front yards decorated with ghosts and fake tombstones during Halloween season. Some people refer to it as graveyard decor. Others use the term cemetery.

Let's start with what is a graveyard?

Let's take a look at each definition to help you understand the differences between a cemetery and a graveyard. A graveyard is a place where people are buried, and it is often located next to a church.

In the Middle Ages, rich or influential Christians were usually buried in churches after their deaths, sometimes in a crypt under the floor. The graveyard was created for less wealthy members of the congregation. This practice was continued for many centuries.

The proto-Germanic graban (which means to dig) and the gardan (which refers to a fenced area of land, give rise to the compound term graveyard.

What is a cemeteries?

A cemetery, which is similar to a graveyard but with a newer definition, is a place where the deceased are buried.

Population growth was rapid in the 19th century. The church graveyards were full, so there was a demand for new burial grounds. As designated final resting spots, cemeteries were more popular than independent sites.

Cemeteries don't usually have a particular church affiliation so you don't need to be a member to be buried there. To allow for more space, they are often far from the center of a city or town.

The etymology of the word cemetery is that it comes from the Greek koimeterion which means resting place or dormitory.

Arlington National Cemetery is home to the graves of U.S. vets and their spouses. Photo by Robert Alexander via Getty Images

What is the difference?

It is important to clarify that the interchangeable use of graveyard and cemetery is permissible by current standards. However, graveyard still refers to the burial area in a churchyard.

If you are a fan of linguistic precision, then you will want to use the word graveyard to refer to a burial ground on church grounds. While cemeteries can be associated with a particular religion, they are not usually tied to any specific worship site.

There are also visual differences that go beyond the religious aspects. Graveyards are often compared to old English churchyards. These graveyards are often dotted with older tombstones in an unorthodox manner. These sites are often smaller and less well-maintained.

Cemeteries are generally larger because they aren't just a part of church property. Cemeteries tend to be more modern, have better maintenance, and are easier to divide into rows of plots. You are also more likely see large, modern family plots within a cemetery.

Whatever term you choose, be respectful when visiting a graveyard or cemetery. Don't forget to respect the gravesite and not your Halloween decorations.