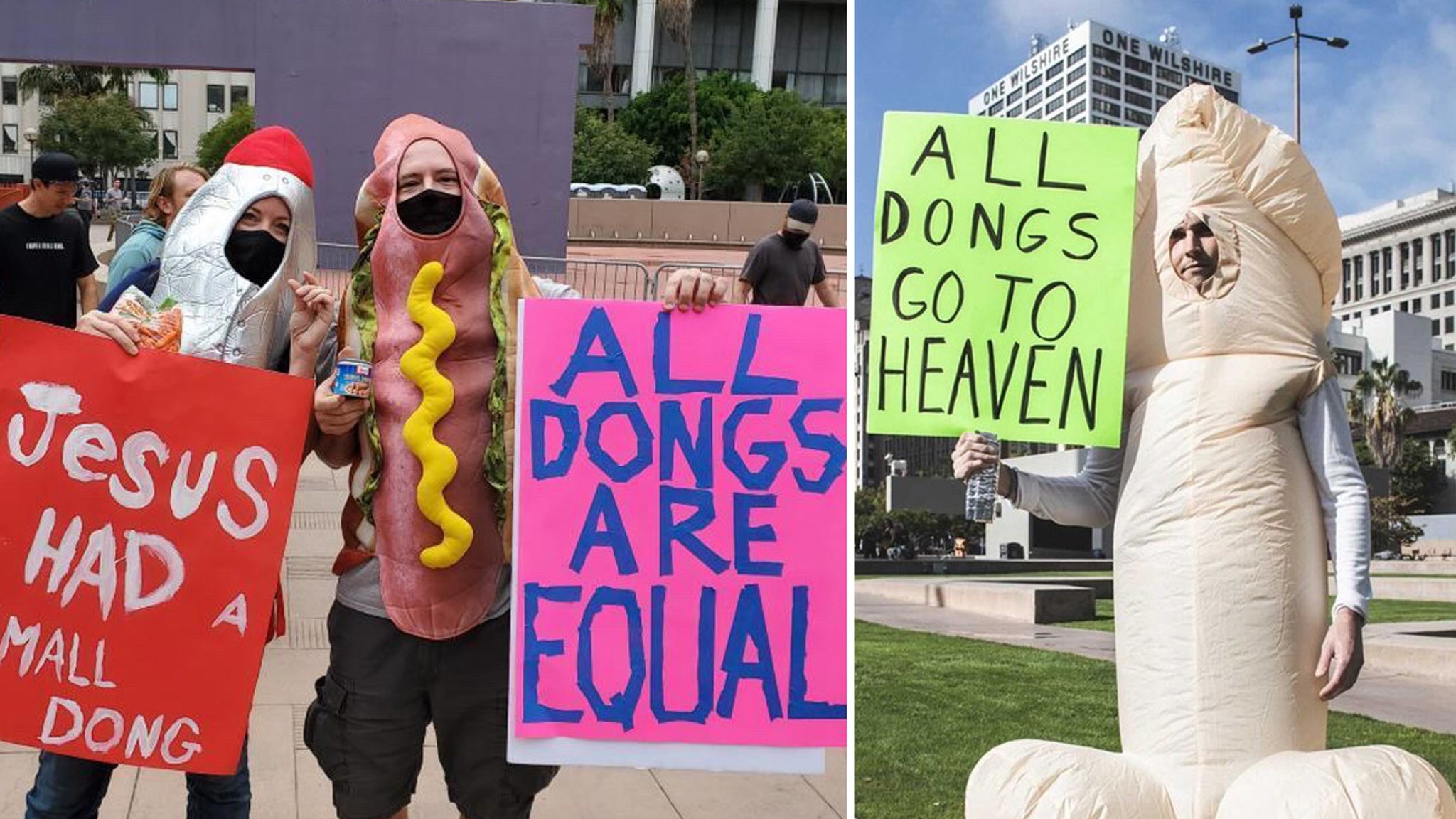 A movement is underway to end the shame that small penises bring on those who have them... and it's growing.
Los Angeles hosted the "Small Dong March", where throngs of people marched to end stigmatization surrounding tiny members.

You can see that people made a lot of humorous signs to prove their point. Click through the gallery to see some of these creative signs.

The march did not include everyone, despite the many chants that can be heard on video echoing down streets.

According to our sources, attendees didn't have to bring a penis but they could be an ally.

Trump once asked a top White House aide to assure him that his penis wasn't small or shaped like a toadstool, new book says

Here are the Astronomy Photographer of the Year winners

Behold: The Los Angeles Rams' New Logo Is A Giant Penis With Horns