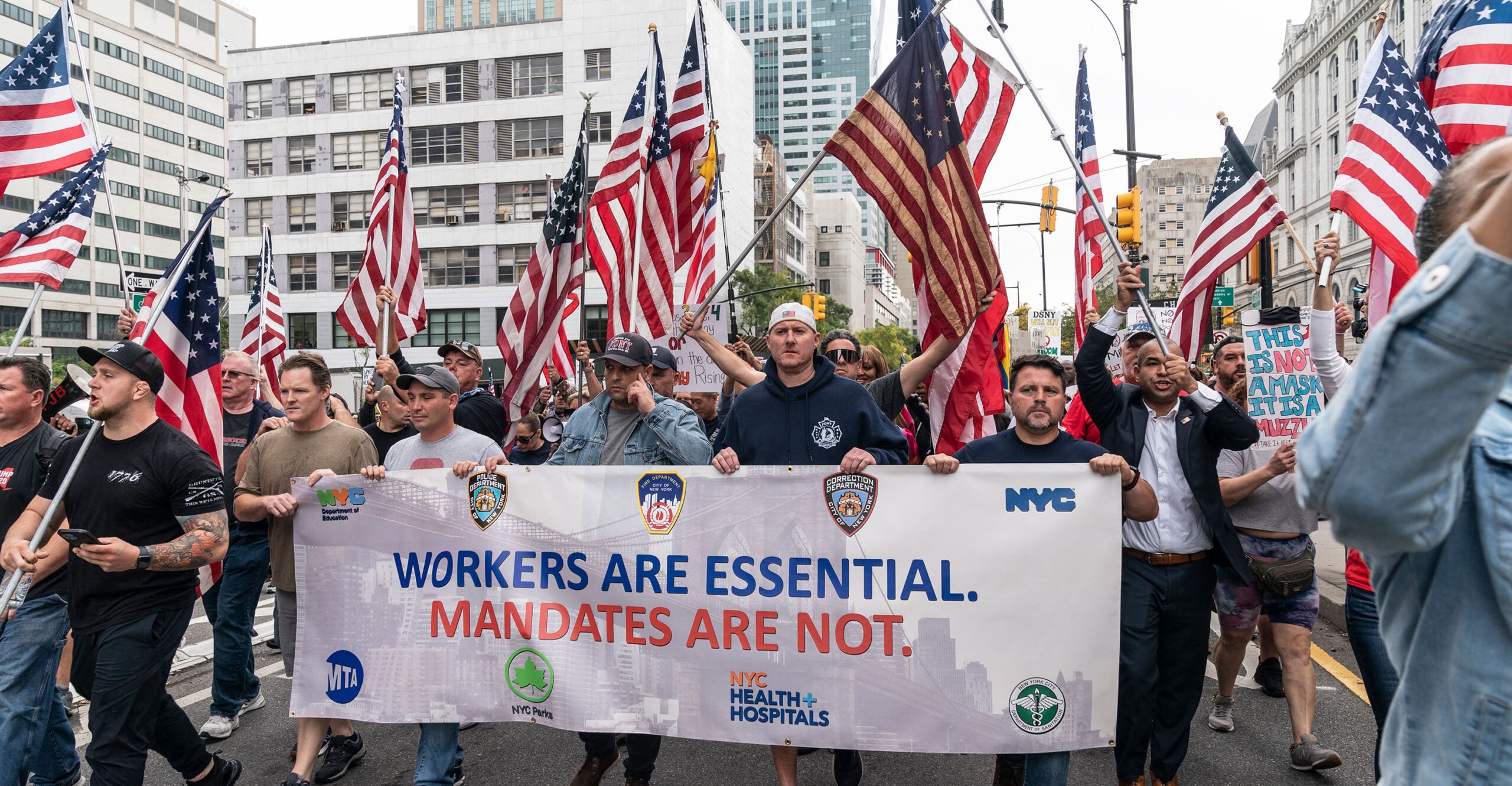 The Occupational Safety and Health Administration will soon require that 80 million Americans get vaccinated. You could be one of them.
One problem: OSHA does not have the legal authority to impose vaccine mandates.

On Sept. 9, President Joe Biden declared that he was tired of Americans not being vaccinated. OSHA will require all companies with more than 100 employees to either mandate that their workers get vaccinated, or submit to weekly COVID-19 testing.

Then you can be sued.

We have shown in our legal analysis that the courts almost certainly will strike down OSHA's vaccine mandate. Here are some reasons why:

OSHA was not mandated by Congress to include vaccines in its purview. OSHA has established the vaccine mandate by establishing an emergency temporary standard. OSHA can bypass public notice and comments. OSHA is one of the federal agencies that must submit major rules for public review before they can be finalized.

The agency must convince a court to allow the emergency standard shortcut. It must show that workers are in serious danger and it is necessary for them to be protected.

An emergency temporary standard must address the grave danger posed by exposure to toxic substances or agents. An agent or substance can be dangerous if it is explosive, flammable, or carcinogenic.

The ability of a virus to reproduce within living organisms is what causes the danger it poses.

OSHA was established by Congress to promote safety at work. OSHA inspectors inspect workplaces for potential hazards, such as poorly stored chemicals, poorly lit or ventilated workstations or a lack of protective equipment (e.g. gloves and hardhats). OSHA's mandate does not cover vaccines against viruses.

The Department of Health and Human Services was given the task of assessing the safety, efficacy and appropriate use of vaccines by Congress. The Food and Drug Administration was authorized by Congress to decide whether vaccines should be permitted in interstate commerce. The Act empowered the Centers for Disease Control and Prevention (CDC) to recommend who should be vaccinated.

Both agencies are part of HHS. OSHA is located in the Department of Labor. OSHA and the Labor Department have not been given authority by Congress to regulate vaccines.

HHS was not authorized by Congress to impose a mandatory vaccine schedule. HHS is a regulatory agency that oversees vaccines. However, HHS does not have the power to impose any general vaccine mandate. The president would have ordered HHS to inform employers that they must immunize their workers if it had.

OSHA, which does not have the power to regulate vaccines and mandate their use, would be disqualified by Congress.

If Congress wanted to grant an agency the authority to issue a mandate for a vaccine, it would have passed a law defining and conferring that authority.

The United States has been affected by smallpox and polio as well as a host of other diseases, including the seasonal flu, for which vaccines are readily available. The federal government has not imposed any general vaccine mandate. Nici any agency has ever claimed the authority to issue such an expansive mandate.

It would not have encrypted a mandate and hidden it in an obscure section of OSHA statute if Congress had given it permission. As Justice Antonin Scalia, then-Supreme Court Judge, wrote, Congress doesn't hide elephants in mouseholes.

The Biden administration is following a familiar pattern by pursuing a legally questionable mandate. The CDC renewed its eviction moratorium last summer. It was certain that it would be struck down by the courts. However, the agency issued the moratorium on August 3. It was rescinded by the high court on August 26.

Here you go, Ronald Reagan may have spoken of OSHA's vaccine mandate.

OSHA has established standards to regulate bloodborne pathogens such as HIV and other forms of hepatitis. OSHA supporters will point out that this mandate is not binding. These standards must be followed by nurses, medical technicians, and other personnel when they draw blood, or administer IVs.

These are distinct from the proposed vaccine mandates in at most two ways. OSHA used a notice-and comment rulemaking process, and didn't resort to an emergency temporary standard. Second, Congress made the extraordinary decision to rewrite the regulation in 2001. This left no doubt about its intent for the agency's exercise of that authority.

According to the bloodborne pathogen standard, health care facilities must offer free hepatitis B vaccinations to employees who are at high risk of getting that disease from needle sticks. These hepatitis B vaccines can be declined by health care workers. Even though Congress gave OSHA broad authority to develop standards for bloodborne pathogens, it did not require workers to be immunized.

In other words, Congress has not granted OSHA permission to mandate COVID-19 vaccinations.

OSHA can impose a mandate that the lawmakers have not authorized.

Contrary to popular belief, Congress must pass legislation establishing a general vaccine mandate if it wants to establish one.

Do you have a comment about this article? Send us an email at [email protected] with your comments. We may publish them in our We Hear You section. Include the article's URL or headline, along with your name and the address of your town or state.
mandates mandate vaccine authority general impose agency standard osha vaccines issue didnt congress
2.2k Like

Southwest, American airlines workers will have to get vaccinated, despite Texas order