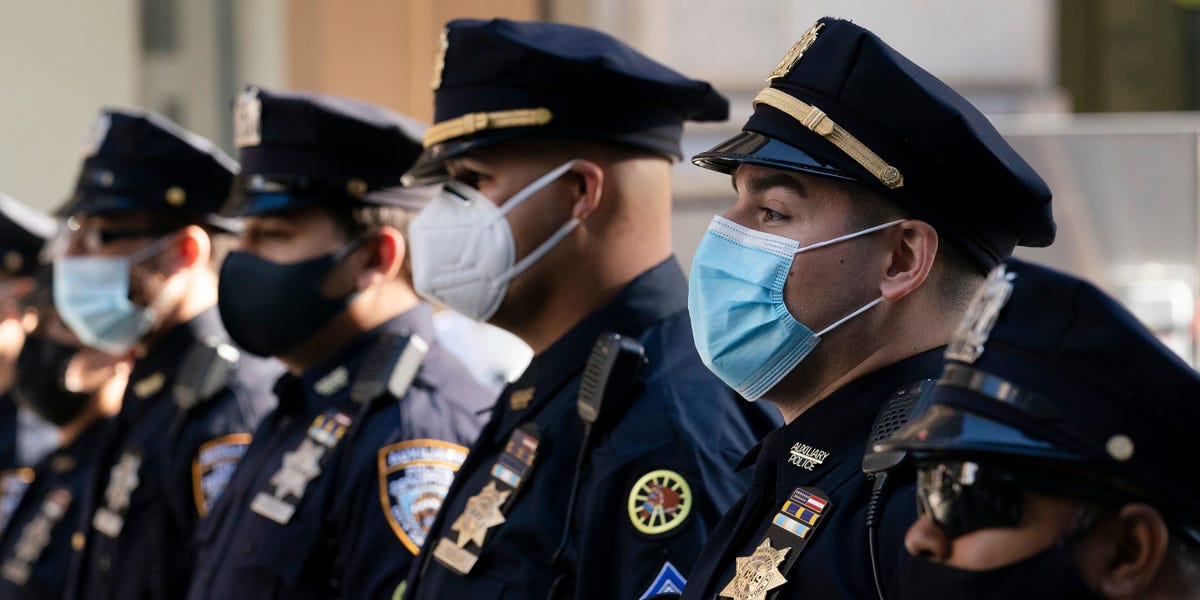 Mayor Bill de Blasio ordered that all city workers receive one dose of the COVID-19 vaccine before Friday.
According to the union, officers didn't have enough time for exemptions from vaccinations.

Nearly 70% NYPD employees have had at least one COVID-19 vaccination.

In a lawsuit, the union claimed that the mandate doesn't provide enough protections for people with religious objections to being vaccinated. It also argued that officers didn't have enough time to request such exemptions. Last Wednesday, Mayor Bill de Blasio declared that all municipal employees must receive at least one dose COVID-19 vaccine before October 29.

"Vaccinations are essential to fight the COVID-19 pandemic. This bold move protects our family, friends and communities. It also includes those who aren't yet eligible for the vaccine, such as the youngest residents of our city," stated Melanie Hartzog, deputy mayor for Health and Human Services.

PBA also stated in the lawsuit it opposed the current mandate due to its inability to allow weekly COVID-19 testing as a substitute for vaccination. This was an older approach that the union had supported, according the New York Times.

According to The New York Times, nearly 70% of New York Police Department employees had received at least one dose COVID-19 vaccination as of last week. In a press release, the union stated that it had filed a request for a temporary order at the Staten Island Court to stop the implementation of the mandate while the lawsuit is pending.

Insider reached out to PBA for comments.
vaccinationuniondosenycscontinueofficersunvaccinatedlawsuitmandatesuinglargestworkingdeadlineyorkvaccinecovid19receivemayor
2.2k Like