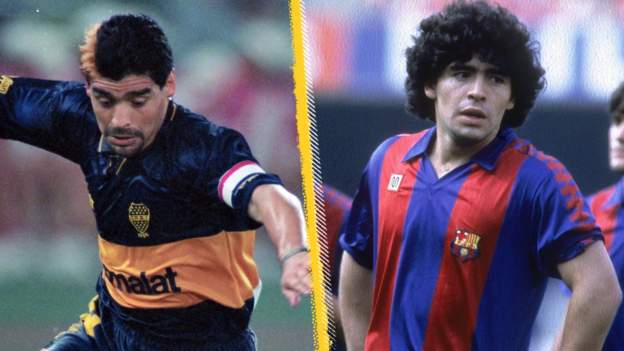 Maradona spent two spells at Boca before he retired in 1997. He then took up a two-year stint at Barcelona before joining Napoli, in 1984.

Maradona was the Metropolitano winner with Boca in 1981, before moving to Barcelona where he won Copa del Rey and Copa de la Liga.

He won two Serie A titles for Napoli, and led Argentina to the second World Cup in Mexico 35 years earlier.
diegolatebocavbarcelonamemorysaudijuniorsworldnapolifriendlycopacuphostwinnermaradonawonupdated
2.2k Like

Lionel Messi: Barcelona president hoped 'he would play for free' before joining PSG