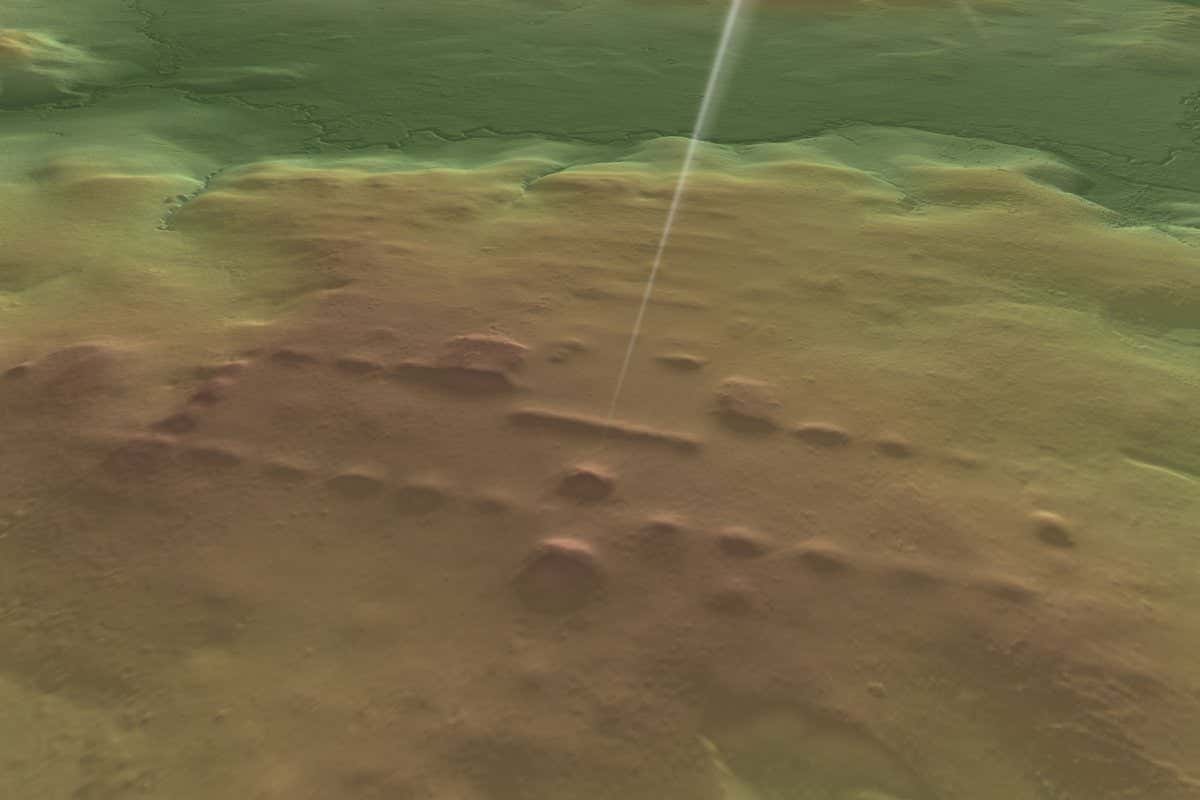 Researchers discovered 478 sites for ceremonial purposes that may have been built thousands of years ago by the Olmec or the Maya.
Takeshi Inomata, an image based on lidar of an ancient Mexican ceremonial site.

Over a period of approximately 600 years, hundreds of Mesoamerican ceremonial locations have been discovered. This is after Aguada Fnix, the first of these sites was discovered in 2020.

Takeshi Inomata, University of Arizona, and his collaborators used lidar remote sensing. This uses airborne lasers to create a 3D image of the ground's surface. This was used to find 478 sites over an area of 84,516 kilometres in southern Mexico. Some of this area was also covered by dense jungle.

These sites consisted of rectangular structures, which the Mayas and Olmec likely used for ceremonial gatherings. Inomata says that people just come and go, much like a pilgrimage center.

The central area was an open space where people could have gathered. There were also low earthen mounds at the edges of any structures that might have been constructed. They were likely built between 1050 BC and 400 BC by two ancient civilisations, the Olmec which was the first known civilisation in the area, and the Maya which may have learned from them and whose culture fell around AD 800.

It was unknown that these rectangular ceremonial sites existed until Aguada Fnix discovered them. Inomata says all of these discoveries are a revelation about this period. This discovery really prompted us to rethink the origins of Mesoamerican civilisation. Many of these complexes were constructed by people who did not have any hierarchical organization.

The sites were relatively flat, with only a few small pyramids as compared to later constructions like Chichen-Itza which typically have large pyramids.

Although we don't know what their appearance might have been in real life, one could argue that they were small towns, according to Elizabeth Graham, University College London, who was not involved in the study. It was still the Classic period of around 200 AD when I started my work in the 1970s. The period during which urbanism was developed has been slowly pushed back.