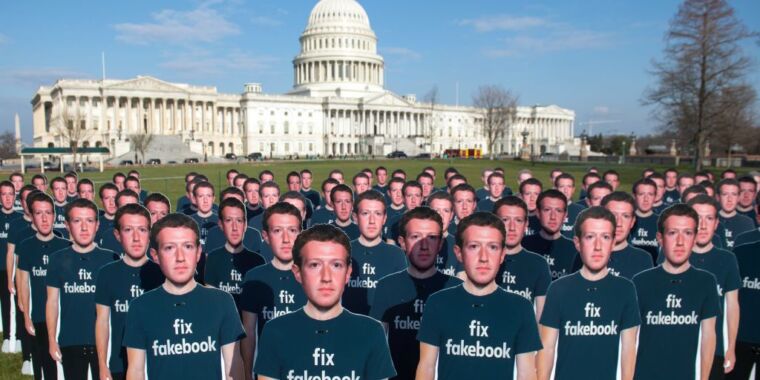 According to leaked internal documents, Facebook's top executives conspired with celebrities and politicians to post anything they wanted on the social network, despite employees' pleas to them to stop.
The documents claim that Facebook's long-held policy of being politically neutral has been broken by rightwing figures who broke rules to prevent misinformation. This is after they were subject to accusations from conservatives.

The author of an internal memo stated that in September 2020, just before the US presidential election, employees at director level had expressed their desire to exclude political considerations.

The author urged Facebook's leadership to establish a firewall around their content moderation teams in order to prevent this from happening. This would also ensure that posts are not taken down or delayed due to external pressure.

Another internal note, dated December 2020, claimed an employee that Facebook's public policy team had blocked the removal of posts from being taken down when they saw that they could be harmful to powerful political actors.

A further example, from 2019, was Zuckerberg alleged to be involved in the decision to allow a clip that falsely claimed that abortion is not medically necessary.

After complaints from Republican politicians, the post was taken down and then reinstated.

Joe Osborne, a Facebook spokesperson said that the core of these stories lies in a false premise. While we are a business, and make profits, the notion that we do this at the expense or safety of others is not true. This idea misunderstands our commercial interests. We have invested $13bn in people and have more than 40,000 to do one job: Keep people safe on Facebook.

Staff are instructed to strive for unimpeachable neutrality

An ex-Facebook executive said to the FT that Zuckerberg had always encouraged staff to strive for unimpeachable neutrality.

Employees were informed that this was especially important in relation to US political groups. The company didn't want to be accused by campaign rules of giving a donation in person.

Three other ex-workers said that they observed Facebook's inconsistent and chaotic application of its rules, including special treatment for celebrities.

An ex-member of the integrity team said that Facebook's people care more about appearing impartial than being impartial. Their efforts to achieve the former often make it worse.
pleadedbendlettingzuckerbergrulespoliticalstopteamemployeesinternalpoliticianstoldpostpolicyfacebook
2.2k Like