The Devil returns to 'SNL' as Jason Sudeikis takes credit for our hell world. But not QAnon. 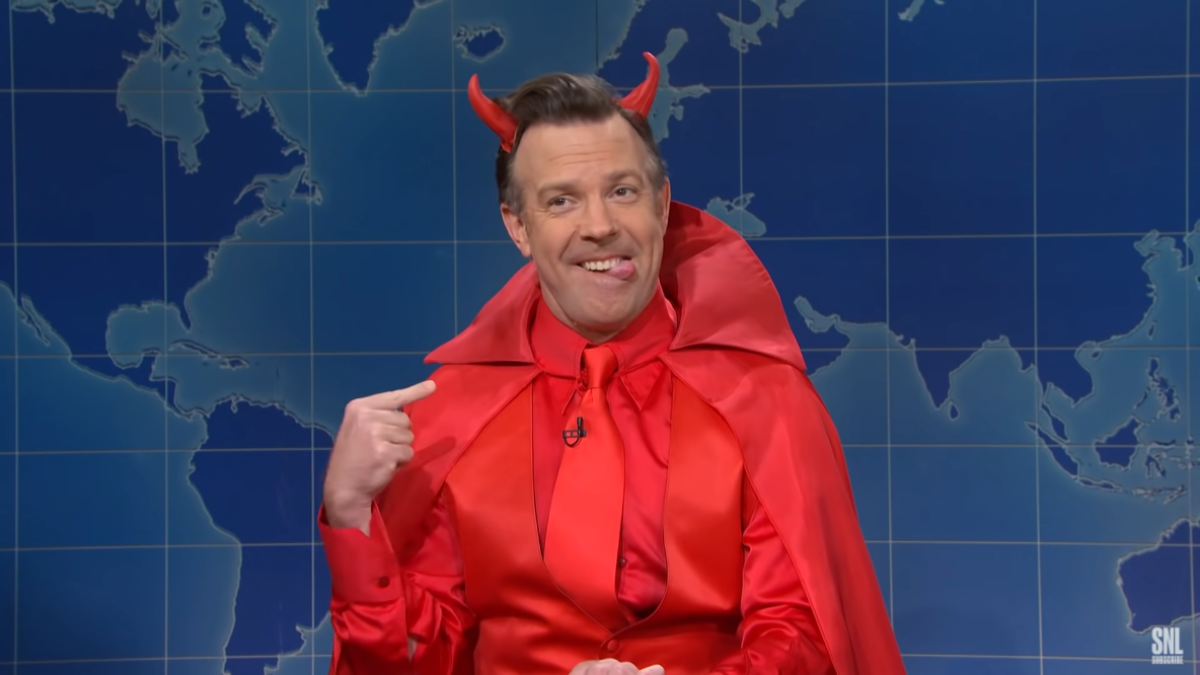 Jason Sudeikis is a beloved Saturday Night Live cast member with many memorable roles, but none are more memorable than his Weekend Update guest, The Devil.
The latest SNL was hosted by Ted Lasso. He hasn't been to Studio 8H since the Trump era began, so it's time for him to get his due. Sudeikis was happy to own the horrors of recent times, from Bitcoin to Tom Brady’s everlasting success. Florida was "pre-Hell," he said. He claimed that a photo of him with Jeffrey Epstein, a convicted sex offender, is enough to give him street cred.

However, not QAnon. Conspiracy wingnuts believe that key Democrats and other public figures are part a Satanic, cannibalistic network of child sex traffickers. This is too much for the Devil who angrily calls Q believers "crazy", and "sad Internet psychos." He says, "Don't drag me into your sick fantasies."