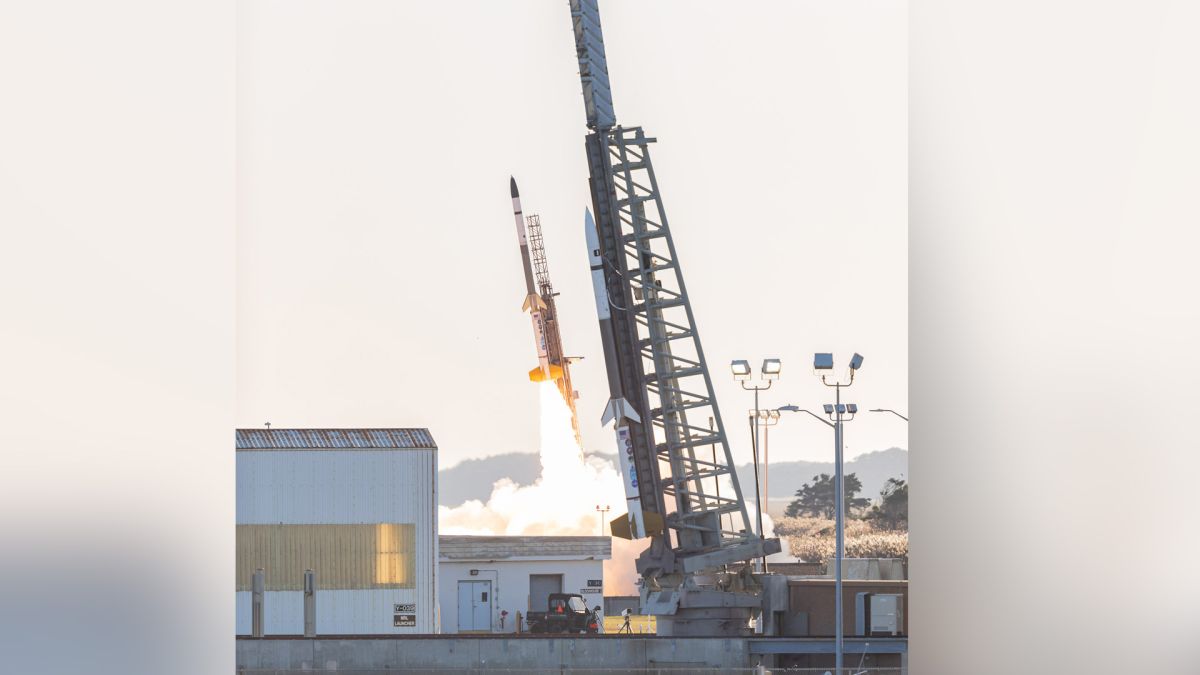 Three small-sounding rocket launches were used to test weapons. They were launched from NASA's Wallops Flight Facility, Wallops Island. Although the space center had announced the launches in advance, they did not disclose much about their nature other than the fact that they were for U.S. Department of Defense.

NASA and the U.S. Navy announced Friday that the launches were part the High Operational Tempo for Hypersonics program, which aims to test new technologies for hypersonic weapons capable of traveling faster than sound.

Related: The most deadly space weapons ever

According to a project summary, the Navy's Conventional Prompt Strike program seeks to develop a system that allows it to deploy non-nuclear high-sonic missiles that can be used to strike in "contested environments". The summary says that it consists of a hypersonic glide body that travels at high speed to reach the target and a booster that launches the glide bodies into initial flight.

According to Popular Mechanics (citing an Army spokesperson), the U.S. Army's Long-Range Hypersonic Weapon Program aims to develop a rocket-launched hypersonic weapon capable of reaching targets up to 1,725 miles (2.776 kilometers) distant. It is designed to be launched from transporter/erector/launcher trucks that can carry two missiles each, Popular Mechanics reported.

The Navy and Army were tested by the hypersonic triple-launch tests at Sandia National Laboratories.

The Navy stated that this test "demonstrated advanced hypersonic technologies and capabilities and prototype systems in an operating environment," adding that it fills a gap between ground testing and full-system demonstrations. These launches provide frequent and consistent flight testing opportunities that support rapid maturation and development of offensive and defensive hypersonic technology.

Hypersonic weapons are widely considered the next generation in weapon technology due to their incredible speed. This allows them greater range, maneuverability and makes them more difficult to track and intercept than intercontinental missiles.

In recent years, the U.S. military conducted several hypersonic weapon test launches to meet potential threats from hypersonic programs being developed by Russia and China. The Navy and Army programs are being supplemented by the Defense Advanced Research Projects Agency, which is currently developing a hypersonic intercept vessel called "Glide Breaker" in collaboration with Aerojet Rocketdyne.

According to the Financial Times, China launched a successful hypersonic weapons testing using a Long March rocket booster. However, China's Ministry of Foreign Affairs denies that it was a weapons-test and stated through a spokesperson that it was an reusable spacecraft test.

North Korea claimed last month that it had tested its hypersonic missile called the Hwasong-8. However, outside experts doubted the vehicle's ability to reach hypersonic speeds.