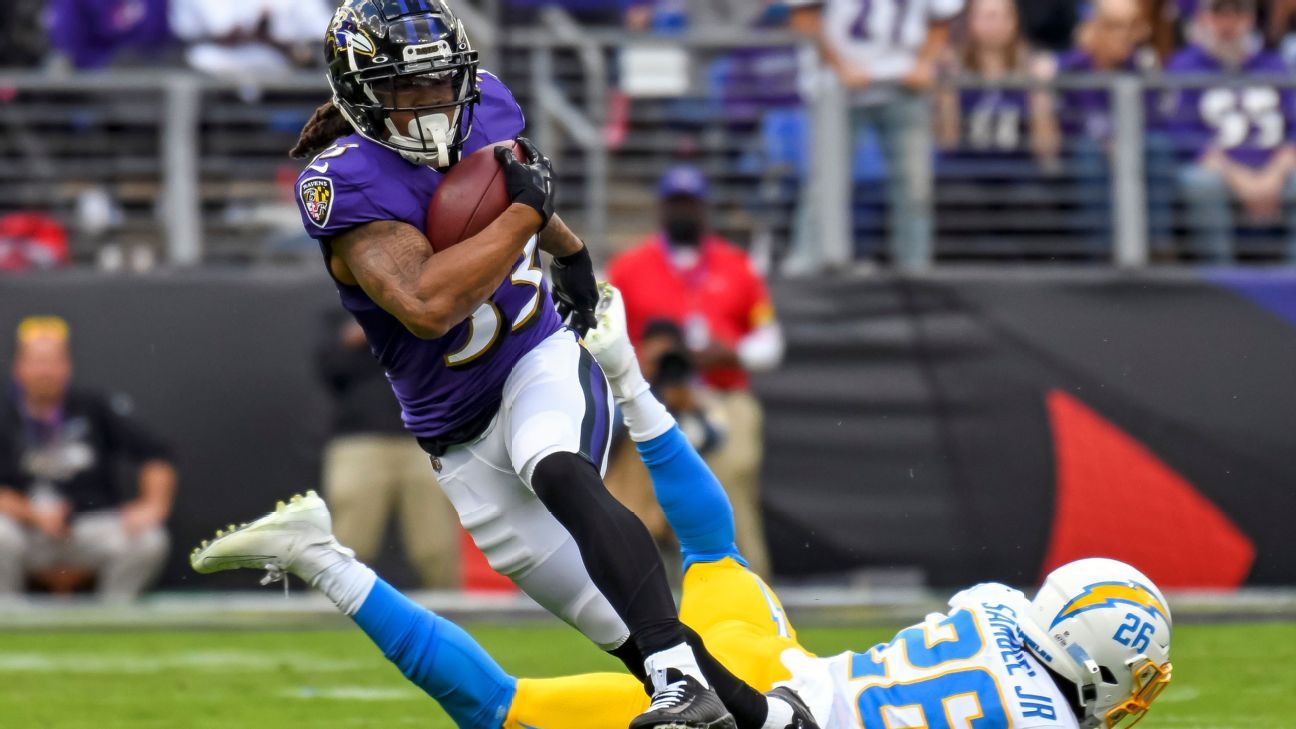 Ryan Clark and Mina Kimes give their picks for AFC North's battle between the Bengals and Ravens. (1:01).
Will Lamar Jackson and Ravens prove too much for the Bengals (1:01).

OWINGS MILLS (Md. As injuries continue to plague their backfield, Devonta Freeman will likely be the Baltimore Ravens' latest running back.

After not practicing this week, Latavius Murray (sprained left leg) was ruled out for Sunday's game against Cincinnati Bengals. He has been a starter in the Ravens' running backs for the last three games and leads them with 212 yards of rushing and four touchdowns.

John Harbaugh, Ravens coach, said that "He's doing an excellent job for us." He's an explosive, downhill-running, accelerating-type runner of some size.

Baltimore's backfield has been plagued by injuries all season. Just weeks before the start the regular season, the Ravens' two top backs, J.K. Dobbins (Gus Edwards), suffered serious knee injuries that ended their season. Justice Hill, Baltimore's third running back, was the victim of a season-ending injury. He tore his Achilles.

Murray has been suffering from bad luck in his career due to injuries. He had missed just one game the four previous seasons. Murray injured his left ankle in Sunday's 34-6 victory over the Los Angeles Chargers. On Sunday, Baltimore's running backs were Freeman and Le'Veon Bell.

For first place in AFC North, the Ravens (5-1) will be playing the Bengals (4-2). Baltimore has run the ball well against Cincinnati the past two seasons, averaging 244 yards per match against the Bengals.

Ravens wide receiver Sammy Watkins (hamstring), was also ruled out. Watkins has been sidelined for the second consecutive week.
freemanravensrbinjuriesrunningweekstartbackfieldplagueexpectedbaltimoredevontabengalsseasonmurrayyards
2.2k Like