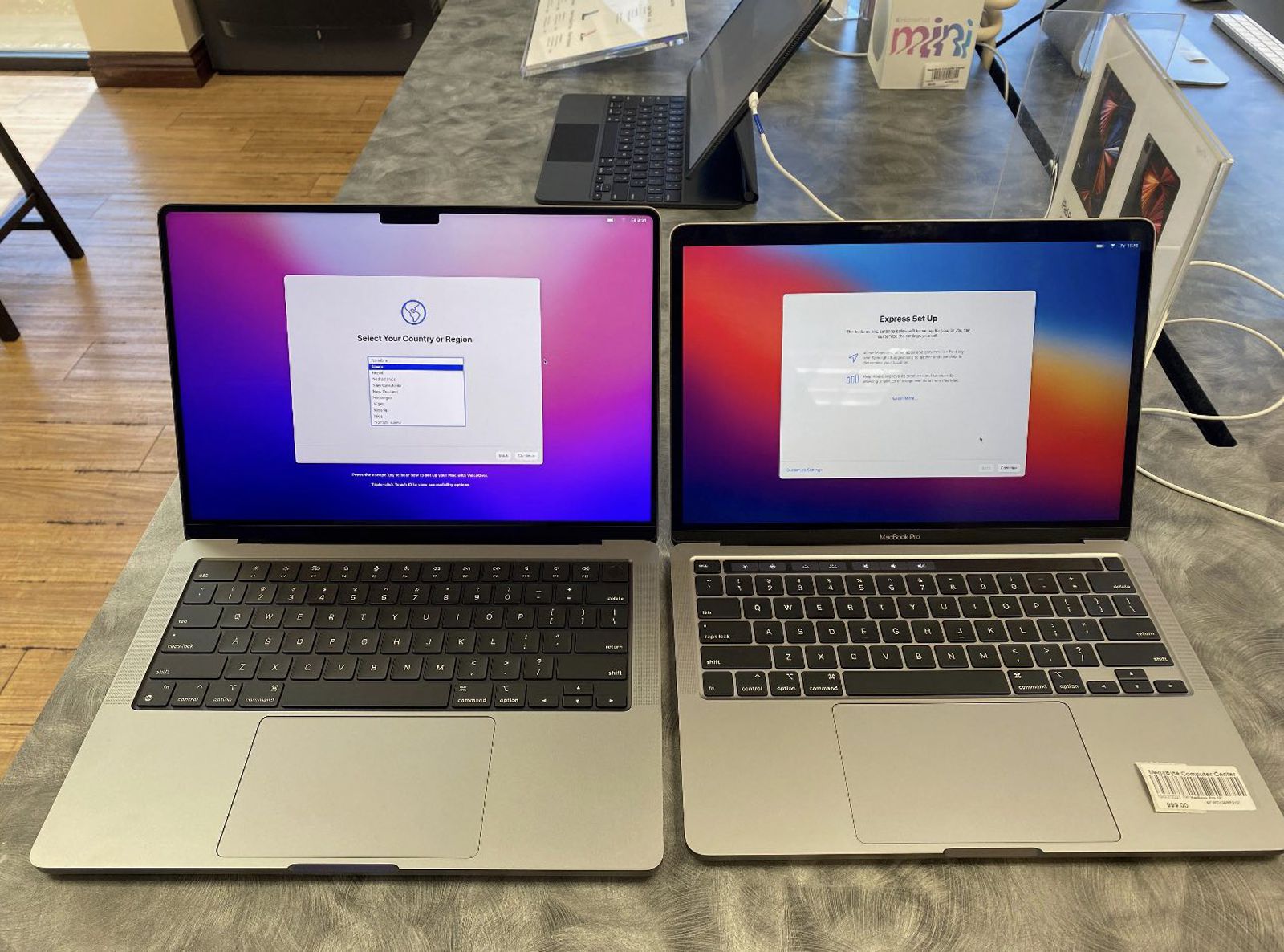 Apple's new MacBook Pro models, 14-inch and 16,-inch versions, were unveiled earlier this week. The first photos from the real world have been released.


Luke Miani, YouTube creator, tweeted the photo above of the 14-inch MacBook Pro next the 13-inch MacBook Pro. This gives you a close-up look at the notch at its top and the all-black keyboard design. Miani noted that the photo was shared in Reddit's MacBook Pro subreddit by a Reddit user.

The MacBook Pro subreddit also shared a short unboxing video. You can view the embedded video on your mobile device by going to the Reddit post.

A press photo of Apple CEO Tim Cook is also shown next to the new 16-inch MacBook Pro. This shows its thicker chassis.

The new MacBook Pro models are available for order starting Monday. They will start arriving to customers on Tuesday and be in stores on Tuesday, September 26. The price starts at $1,999 with the 14-inch model, and $2,499 with the 16-inch model.
photossharedmodelpromacbook16inchvideosurface14inchredditbeginrealworldmodels
2.2k Like