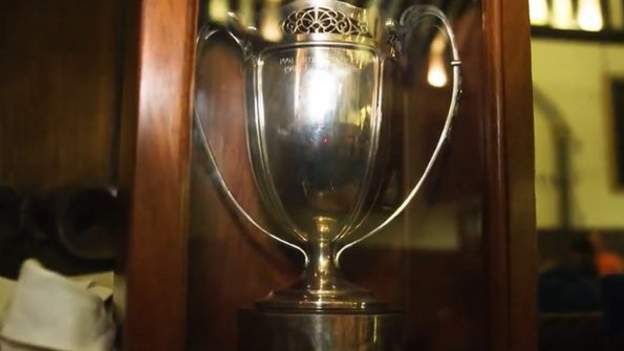 After 15 years, the Women's Rugby World Cup Trophy, which England won in 1994 has been discovered in an attic.

England Rugby stated that the external-link was discovered in an administrator's attic during a clean out.

For the 1998 tournament, a new trophy was created. It had been in Twickenham's World Rugby Museum.

Gill Burns, a former England player, was part of the 1994 side and was concerned it had "melted somewhere". She has been "searching for" it "for a while".

"A trophy was presented to one of the administrators by her parents.

"All the handbooks and minutes from meetings were kept in the same box as the World Cup.

"I don’t mind it being lost, because we found it again so it’s very happy for me."

The museum will receive the trophy.
trophy1994worldwomensatticmuseummissingadministratorsrugbycup15englandboxparents
2.2k Like