Biden pushes back against Joe Manchin, saying he doesn't think people need to work to get the expanded child tax credit 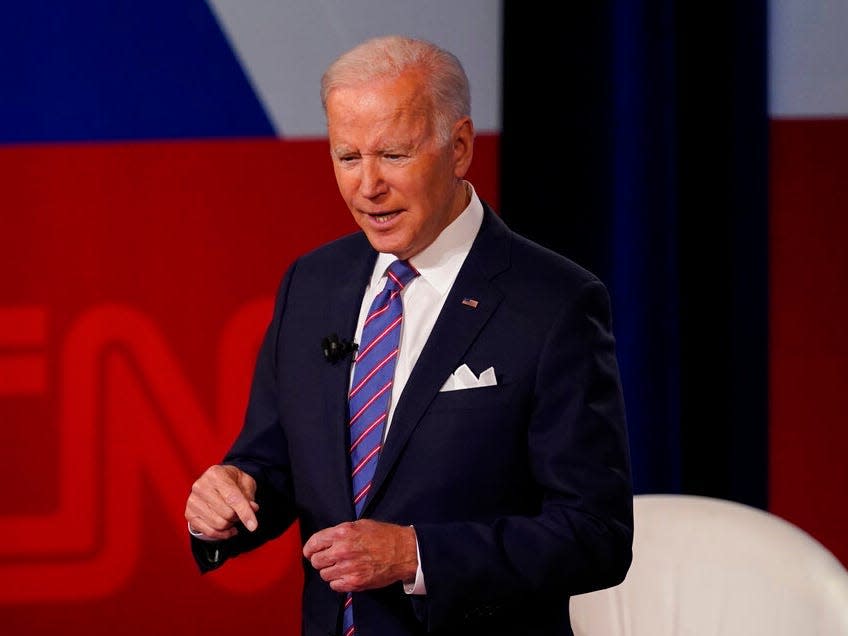 When asked if he supported work requirements, the president replied "no".

Biden proposed a one year extension to the CTC. This was rejected by Democrats as being too short.

At a CNN Town Hall on Thursday night, President Joe Biden stated that he doesn't believe that people need to work in order to get the monthly child credit. This was in response to a key Democrat’s attempt to limit eligibility for the cash benefit.

When asked if he supported a work requirement to boost the child tax credit, the president replied flatly "no".

Biden's comments are retaliating against Senator Joe Manchin of West Virginia. Manchin, a centrist, has a large influence on the future of the economic legislation he passes in the 50-50 Senate. Over the objection of most Congressional Democrats, Manchin has pushed for a work requirement to receive the child tax credit.

They favor that families who pay very little or no taxes can receive up to $300 per month depending on their child's age. The one-year expansion is available to all families with incomes below $150,000. It will expire next year.

According to the Niskanen Center, at least 60% of children who receive the child tax credit have their aid cut if Democrats adopt Manchin's plan.

Wyden said to Insider Tuesday that he was aiming for a longer extension. Others involved in negotiations for the child tax credit argue that a longer extension would be necessary to make it a benefit program that is impossible to remove like Social Security.

Insider was told by Sen. Michael Bennet, Colorado's architect of the measure, that "I think we have to try harder."

Sen. Joe Manchin will back Biden for president

Biden joked that getting Manchin and Sanders to sit in a room together to discuss the Democrats' spending bill would almost be like a 'homicide,' report says