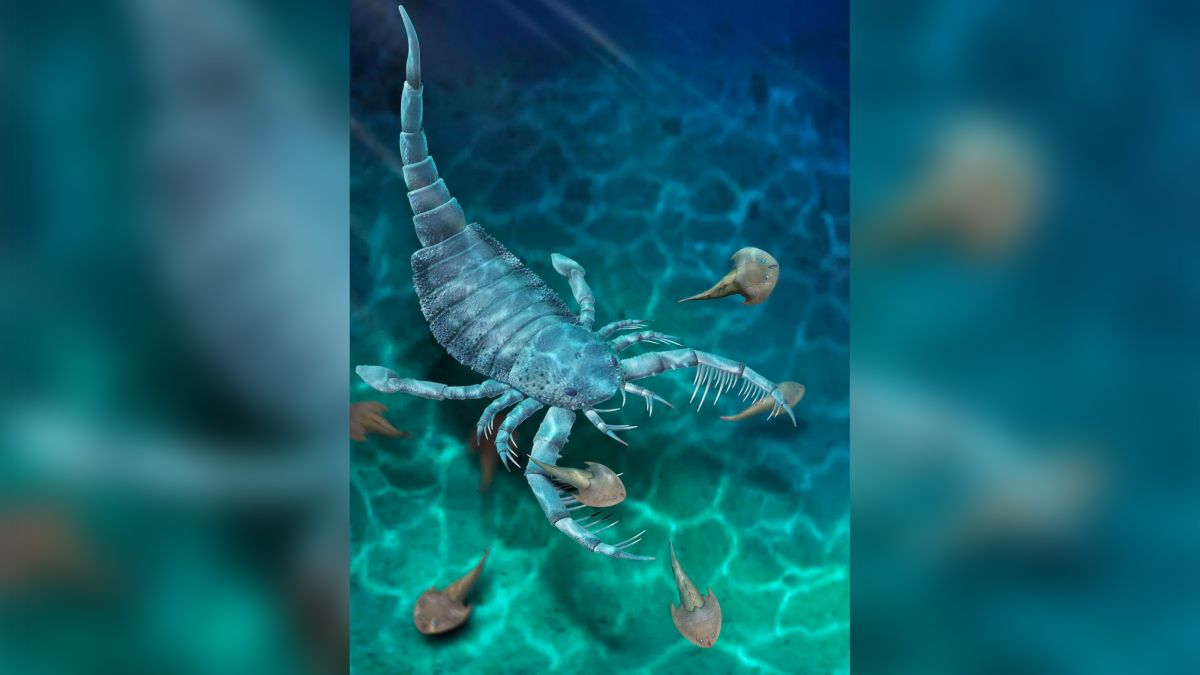 Sea scorpion measuring 3.3 feet (1 meter) in length, prowled the waters of China around 435 million years ago. It used its huge, spiny arms and ensnared prey with its massive, spiny arms.
The remains of this scorpion (Terropterus.xiushanensis) were discovered by archaeologists. This scorpion was an ancient arthropod that is closely related to horseshoe crabs and modern arachnids.

The barbed limbs of the pedipalps were presumably used for prey capture. Analogies can also be drawn with whip spiders' 'catching basket' made by spiny pedipalps of whips, according to Bo Wang, a study co-author from the Nanjing Institute of Geology and Palaeontology and Center for Excellence in Life and Paleoenvironment of the Chinese Academy of Sciences. The front-most appendages for arachnids are the pedipalps. Pedipalps are usually responsible for transferring sperm between male and female spider mates. However, some arachnids such as whip spiders have adapted their pedipalps to snatch prey.

An artist's recreation of the fossilized appendages from the sea scorpion. Image credit Nanjing Institute of Geology and Paleontology of the Chinese Academy of Sciences.

This terrifying beastie lived in the Silurian period between 443.8 million to 419.2 millions years ago. The scorpions were the predators at the top of their underwater stalking areas. They would have pounced on uninvited fish and mollusks, scooped them in their pedipalps, and then stuffed them into their mouths.

Live Science previously reported that Eurypterids come in many sizes. The smallest is about the size of a hand, while the largest is as large as an adult human. Researchers say that T. xiushanensis is the new species to be discovered in the Mixopteriade family. It was the first Mixopteriade species to be described in over 80 years.

T. xiushanensis also happens to be the first mixtopterid discovered in the supercontinent Gondwana. It formed after the larger supercontinent Pangaea was split in two.

The researchers stated that their first Gondwanan mixopterid, along with other eurypterids of China and some undescribed specimens, suggests an under-collecting bias. Future work, particularly in Asia, could reveal a more diverse distribution of mixopterids, and possibly other groups of Eurypterids.