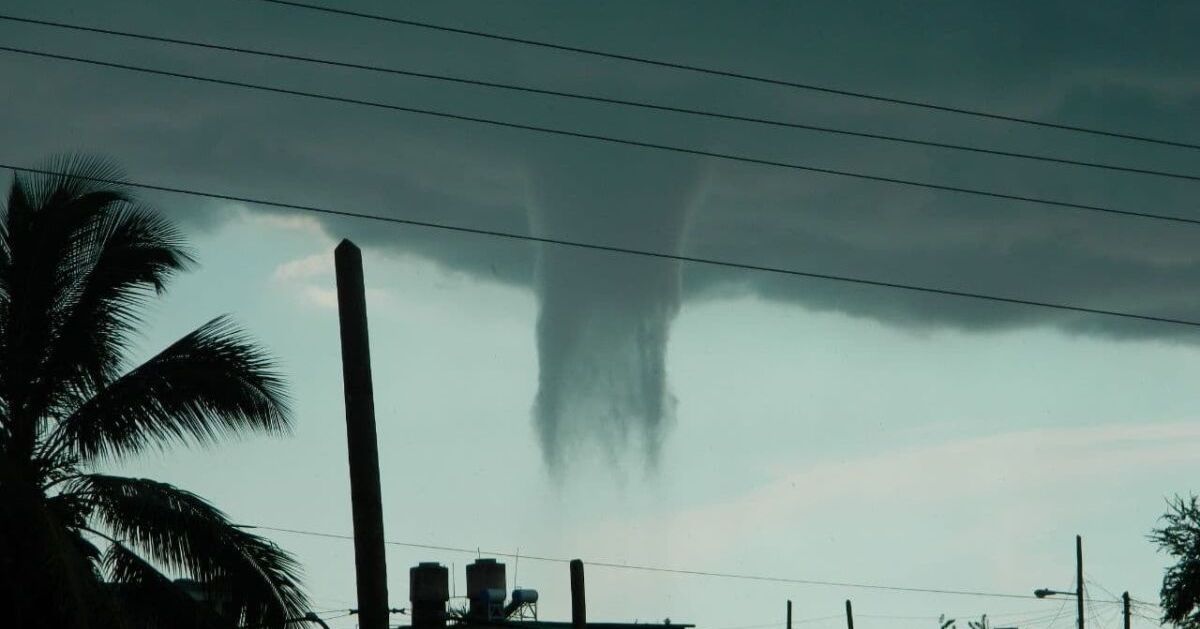 Even though tornadoes are scary enough, water tornadoes (also known as a waterspout) outweigh all other frightening weather phenomena.
On the Southern coast of Cuba, Cienfuegos Bay was hit by a waterspout on October 16. Alvaro Prez Senra, a meteorologist, captured the amazing event on video.

According to Reuters, the giant waterspout lasted for about 10 minutes. This is enough time to scare anyone in the vicinity.

According to the US National Oceanic and Atmospheric Administration, a water tornado can be described as a swirling column of air and mist. Fair weather tornado was the one that struck Cuba last weekend.

Although they are impressive and quite mesmerizing, waterpouts can cause serious material damage and injury when they reach land.

Scientists Are Learning More About Fire Tornadoes, The Spinning Funnels Of Flame

Tropical Storm Elsa may bring rain, flooding to NC. Here�s what you need to know.